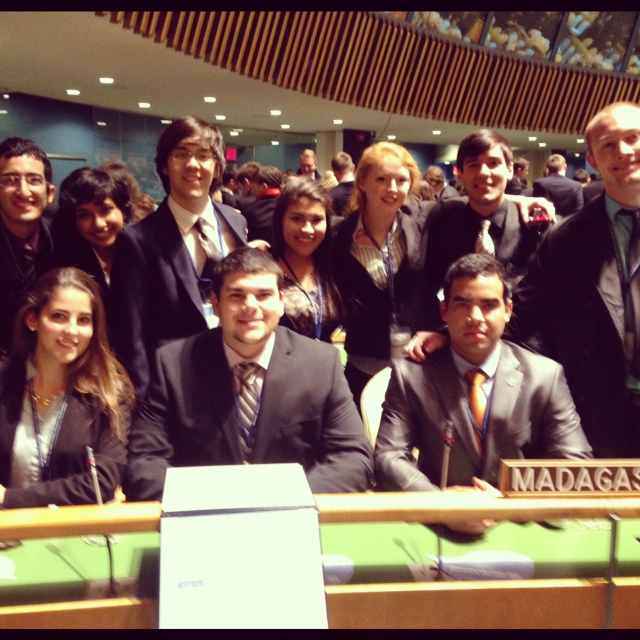 The SF team represented the Republic of Madagascar and its government’s views with regard to a series of international issues including climate change, women and disarmament, nuclear nonproliferation, peacekeeping reform, Israeli settlements in the occupied Palestinian territories, and assessment of the social impact of the global financial crisis.

They interacted with university students from dozens of countries to simulate a real UN session. They gave speeches as Malagasy ambassadors, negotiated with other diplomats, exercised their diplomatic skills, and drafted UN reports and resolutions. Please congratulate our team members for representing SF so admirably.