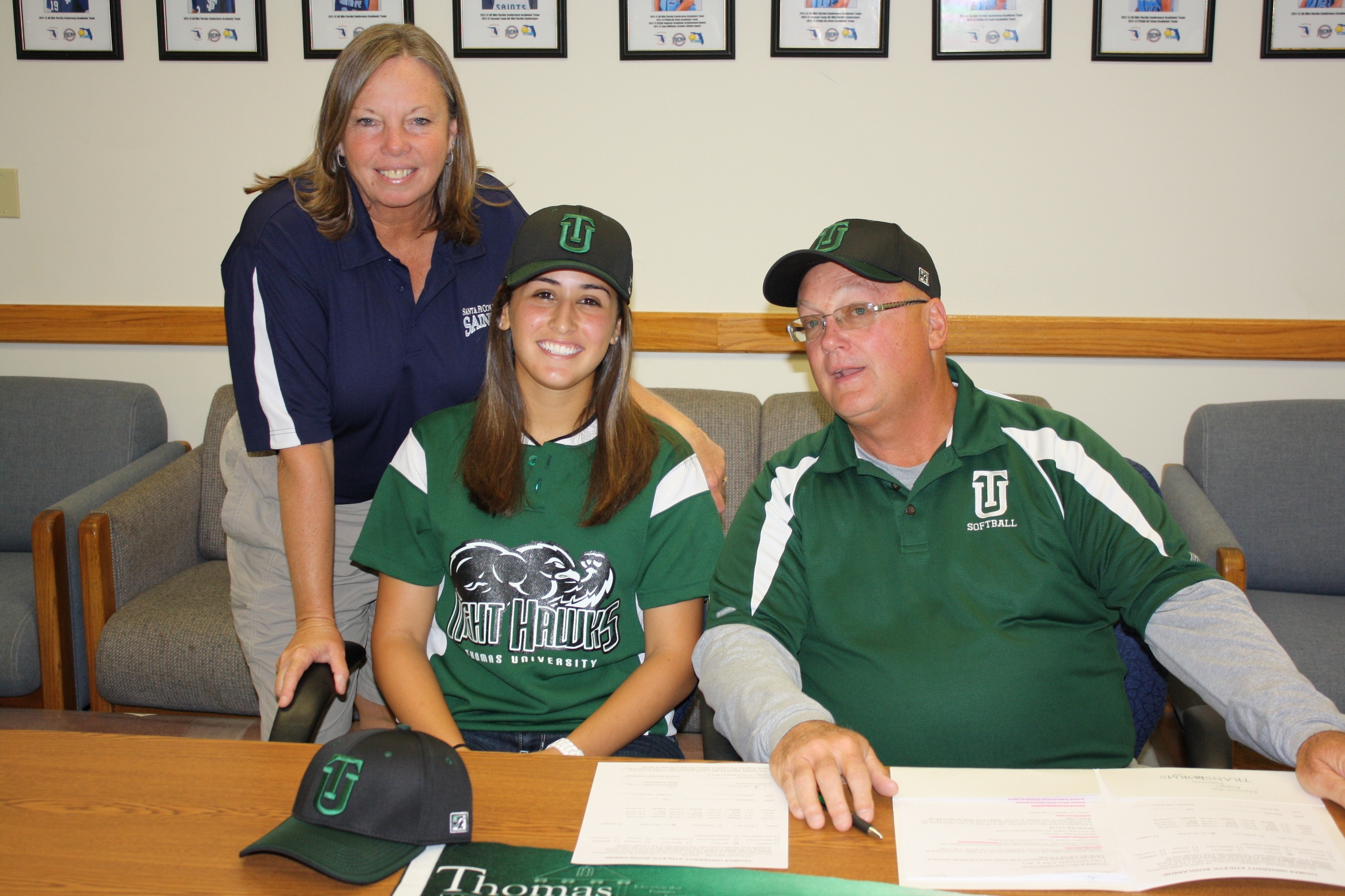 Gainesville, FL – Santa Fe sophomore outfielder Aileen Fiallo has signed her letter of intent with Thomas University, a NAIA school in Thomasville, GA.  She will have two years of eligibility and will join former Saint Brittany Mayhill, a 2012 SF graduate.

The Night Hawks are coached by Bill Wilson and finished the 2013 season with a 22-25 overall record and an 8-8 mark in The Sun Conference.

Fiallo, a defensive specialist for the Saints, hit .216 in 74 at bats with eight RBI.  She is best known for her 2012 FCSAA Tournament game saving catch her freshman year against Miami Dade College which she flipped over the fence after securing the ball, helping save the win and a spot in the Atlantic District Championship.

“We are so happy for Aileen, I think she has found a great fit in Thomas U,” said SF Coach Chris Ahern.  “Coach Wilson is a mentor as well as a coach, and I think Aileen will do well there. We are going to miss her – both her personality and leadership qualities combined with her athleticism made her a well-rounded player.  She belongs on the list of players we’ve had that we wish could’ve stayed four years.  We wish her all the best there, and expect to see her now and then at some Saints games cheering.”