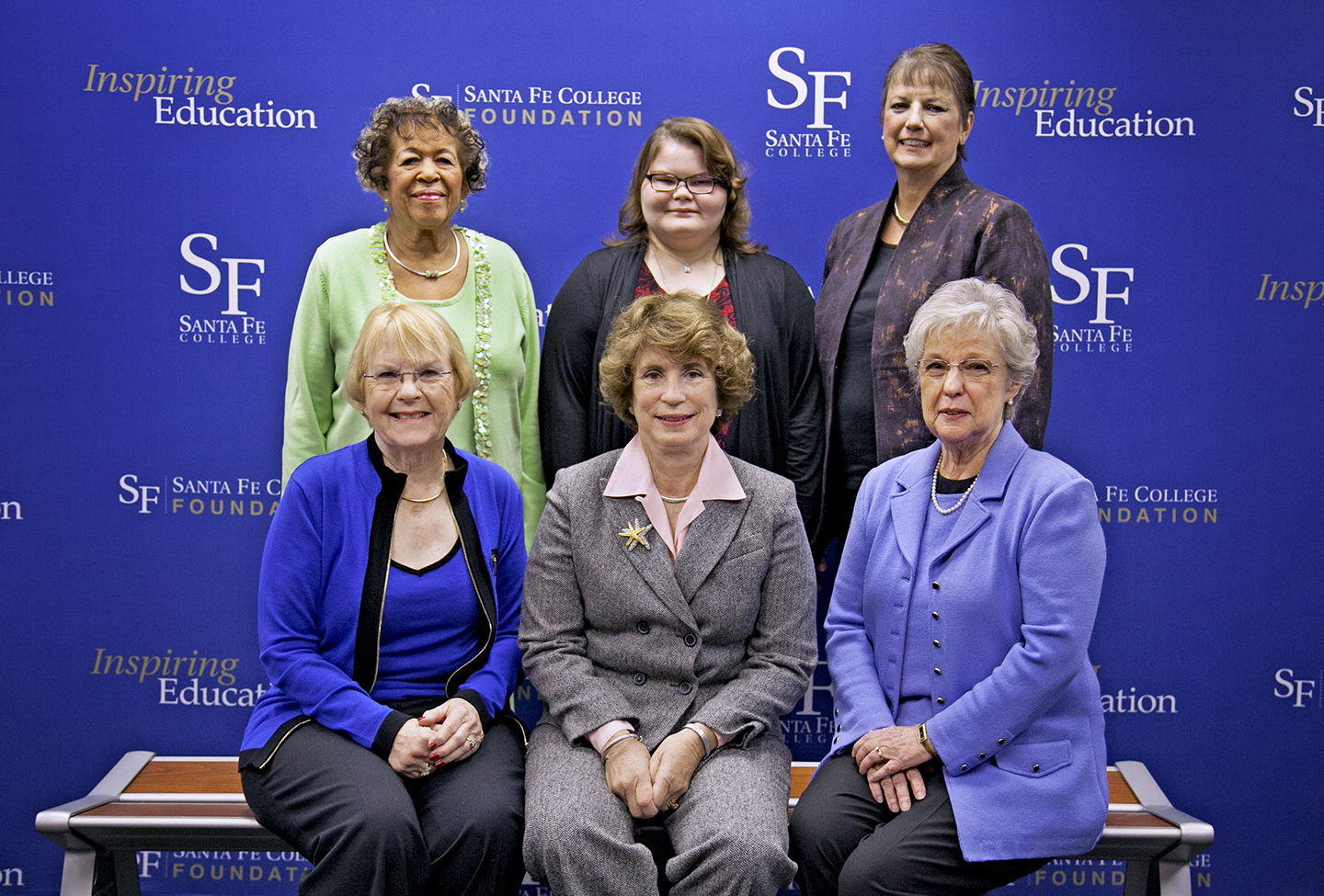 The 2014 Women of Distinction ceremony will be held Thursday, March 13, at 5 p.m. in the Fine Arts Hall on SF’s Northwest Campus, 3000 NW 83rd St. All are welcome to attend to help Santa Fe College recognize 28 years of exceptional women. This year’s Women of Distinction are Patti Fabiani, Margaret Gilliland, Shelley Fraser Mickle, Dimple Overstreet and Yvonne Rawls. Also being honored at the ceremony is the Woman of Promise Hayley Johnson.

The guest speaker will be Doris Weatherford. Weatherford is well known for her literary works and public service. Her writings include American Women and World War II, Women and American Politics: History and Milestones, and The Women’s Almanac.

Weatherford currently serves as a columnist for LaGaceta, the nation’s only trilingual newspaper, published in English, Italian, and Spanish, and sits as the only woman on the selection committee for historical statues on Tampa’s Riverwalk. Copies of Ms. Weatherford’s new book about the history of women in Florida will be for sale at the reception and she will be available to sign copies.

Tickets for the Women of Distinction event are $35 per person and are available online at sfcollege.edu/finearts or through the Santa Fe Box Office at 352-395-4181. For more information, please contact Event Coordinator Teri McClellan at 352-395-5201.

About the Women of Distinction

Patti Fabiani is originally from East St. Louis, Illinois. She has lived in North Florida for the last 27 years. In 2009, Fabiani became the executive director of the Gainesville Fisher House Foundation developing the business model that has led to the completion of the 16,000 square feet “home away from home” for veterans, military and their families. Fabiani is the former director of the Nathan H. Wilson Center for the Arts at Florida College, Jacksonville, and the former production director for the Phillips Center for the Performing Arts. She is an alumna of the University of Florida with graduate studies at NYU and programs at London University and the University of Cork. Fabiani is the 2011 recipient of the Jim McCawley Award as the Alachua County’s Veterans Supporter of the Year and has been cited for support by the Wounded Warrior Project.

Margaret Gilliland grew up in Dallas, Texas, and graduated from the University of Texas (Austin) with a B.S. in Elementary Education. She married her high school sweetheart, and they moved to Kenya where both her daughters were born. Gilliand moved to Gainesville in 1968 and became an advocate for Alachua County public schools.  She was a media specialist at Eastside High School until her retirement in 2000.  Gilliand’s career spanned 28 years where she provided significant leadership in adopting communication technologies, including Eastside having the first digital library service in the state public school system. During the same time, she received an M.Ed.   After her retirement, she served on the SAC at Duval Elementary School, was co-president of the Alachua County Medical Alliance, co-president of the Friends of Music, and president of the GFWC Gainesville Woman’s Club.

Shelley Fraser Mickle grew up in Arkansas and Tennessee and graduated from the University of Mississippi. Early on, she fell in love with the power of story and published her first novel in l989, which became a New York Times Notable Book.  Her second novel became a CBS/Hallmark Channel movie and her third was given the 2006 Florida Governor’s Award as the best suicide prevention tool in an educational setting.  She is also the author of the children’s classic, Barbaro: America’s Horse, and owner of Wild Onion Press, Books Starring Kids with Physical Differences.  She is married, the mother of two children, and has lived in Gainesville since l979.

Dimple Overstreet and her husband, Grady, have one daughter, Catrell Cooney, and three grandsons. Overstreet has been the owner of A&G Gifts in Starke for 21 years. She is an active member of First United Methodist Church where she served as the finance treasurer for over 20 years. Overstreet currently serves as GROUP 5 Treasurer for United Methodist Women. She was the event chair for Relay for Life from 2011-2013, which had record high donations for Bradford County, raising over $72,000. Overstreet is now the team retention and monitoring chair until 2015. She is the current first vice president of Altrusa and is serving her second year as president of the Bradford County Educational Foundation. Overstreet has been in the mentoring program for Take Stock in Children for the past 5 years.

Yvonne Rawls was born and raised in Ocala, Fla. She earned a B.S. in Music Education from Florida A&M University and a master’s in Music Education from Temple University. Rawls taught music at Joseph Williams Elementary School in Gainesville for 28 years. She and her husband, John, have four children and six grandchildren. Rawls is a member of the Mt. Pleasant United Methodist Church where she sings with the Chancel Choir and serves as a soloist. Rawls is a member of the Eastside Advocacy Group For Youth and serves as the coach of the Precious Pearls Brain Bowl team for the Center of Excellence, sponsored by Santa Fe College.  Rawls is also a member of the Alachua County Literacy Network, the Alachua County Branch of the NAACP, the Gainesville H.I.P.P.Y. Board of Directors and B.A.S.E. She is a charter member of the National Pan-Hellenic Council of Gainesville and has remained an active member as the representative of the Alpha Kappa Alpha Sorority.

Hayley Johnson is the 2014 Woman of Promise. Johnson lives in Waldo and is a student at Santa Fe College. She is freshman, working toward an A.A. degree in English, with plans to transfer to the University of Florida. As an English major, she loves to immerse herself in books. The Harry Potter series and the Hobbit are two of her favorite literary works.