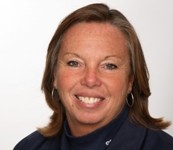 Maddy Peres was dominant in game one, leading the Saints to a 3-0 shutout victory, allowing just two hits to go with four strikeouts.  Peres helped her own cause at the plate, finishing 2-for-2 with a walk and a run scored.

The score was tied until the fifth when the Saints plated a run to get on the board first.  They scored two more in the sixth, giving Peres all the run support she would need.

In game two, Amber Maxey struck out seven in 5.1 innings to earn the win.  As Peres did on game one, Maxey backed herself up, homering in the fourth for the second Santa Fe run of the game.  The first run came in the first inning.

FSC-J (12-16, 1-5 MFC) made things interesting in the sixth when they scored a run off reliever Kalsey Jefferson to cut it to a 2-1 SF lead.  Jefferson stepped up in the seventh, however, and shut the door on the Blue Wave to earn the save.

The Saints play a non-conference double header against Georgia Military College on Sunday, Mar. 16 at  noon.  The games will both be broadcast on www.theprepzone.com and www.floridacast.com