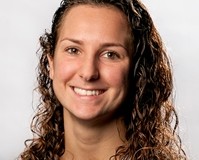 Gainesville, FL – Five members of the Santa Fe Saints were honored at the conclusion of the season by the Mid-Florida Conference for their efforts during the year.  Stephanie Ball was named First Team All-MFC, and Tori Baggett, Jaquasha Sesler, Jocelyn Mousty, and Areana Davis were named to the second team.

Ball finished her sophomore year averaging 10.7 points, 4.6 assists, and 3.1 rebounds per game.  She hit 31% of her three point attempts and led the team with 2.6 steals per contest.

As a sophomore Baggett led SF in scoring with 11.9 points per game.  She pulled down 2.7 rebounds per game and dished out 1.1 assists.  She led Santa Fe with 48 three pointers made and also led the team from the free throw line, connecting on 76% of her attempts.

Sesler finished her sophomore campaign averaging 10.5 points per game, 5.7 rebounds, and 2.1 assists per game.  As the only returning player from the 2012-13 team, Sesler improved upon nearly every stat from her freshman year when she averaged 7 points, 3 rebounds, and 1.6 steals per game.

Sophomore Areana Davis scored 6.2 points per game in her first year at SF to go with a team high 7.0 rebounds. , and 1.3 assists per game.