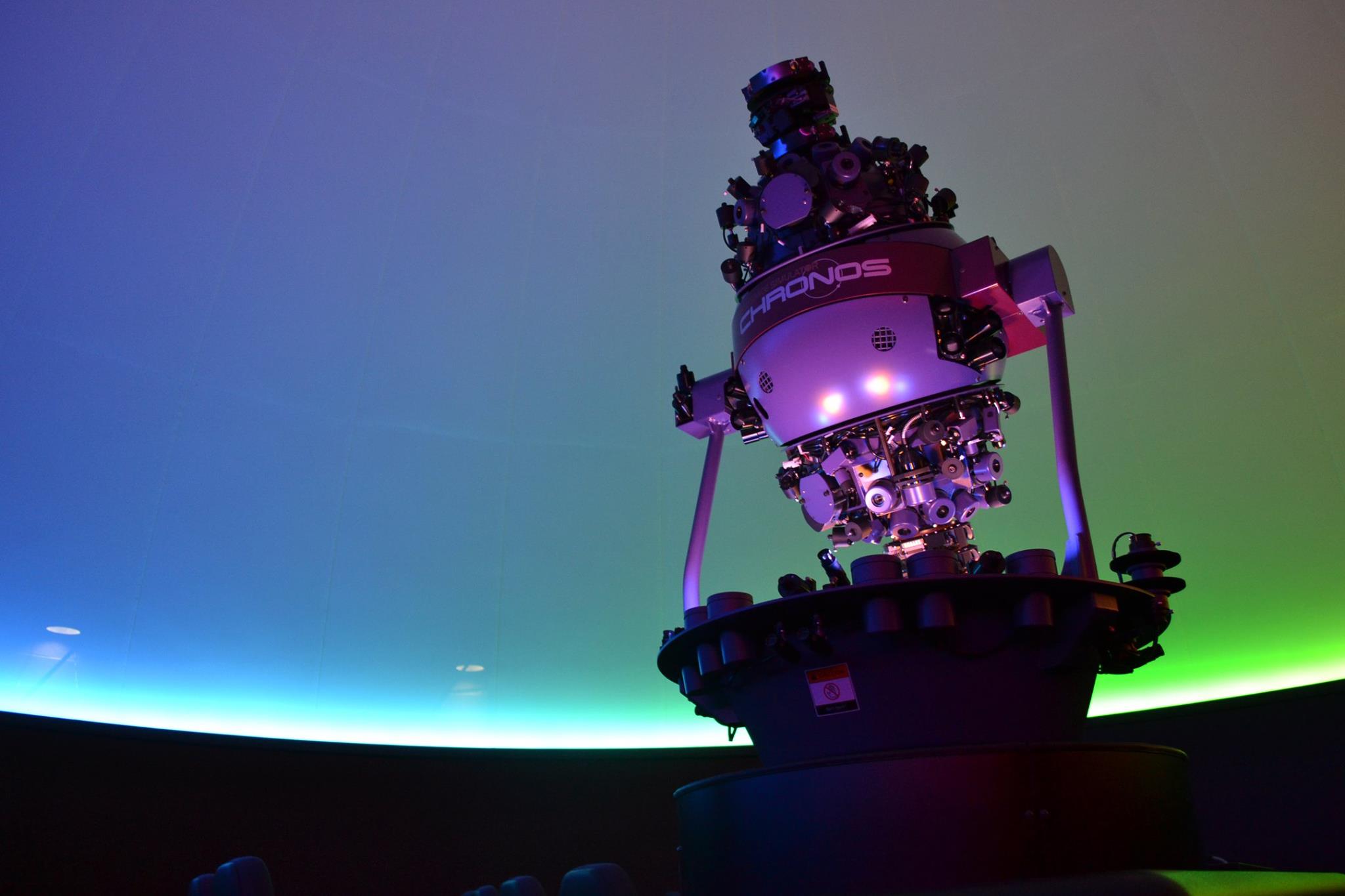 The Gainesville community can now view the universe as never before in the newly upgraded Kika Silva Pla Planetarium. In December 2014, the planetarium retired its aging digital planetarium projector and upgraded to a higher definition, RSA Cosmos 1C-3K system.

“The original digital projector was installed in summer 2006, and at the time the technology was state-of-the-art,” said James C. Albury, planetarium coordinator at Santa Fe College since 2009.  “However, over the past eight years,  projection quality diminished as technology advanced, and the hardware was having trouble keeping up with the software advances. Our planetarium will now have an RSA Cosmos 1C-3K system, which increases our projection resolution to over 2 million pixels.”

When the planetarium re-opened on Jan. 2, 2015 it became one of only two RSA Cosmos systems in North America. Since 1985, RSA Cosmos has provided planetarium solutions for about 150 planetariums worldwide including Ball State University’s Charles M. Brown Planetarium, which had their digital system installed in October 2014.

“Not only does our new digital system provide sharper imagery, but the colors are more vibrant,” Albury said. “And, with the given software installed, we have a lot of flexibility regarding the production and distribution of in-house, full-dome planetarium shows.“

“The in-house production, ‘Planets in the House 3.0,’ takes visitors on a breathtaking, guided tour of our solar system—complete with a dramatic flight through the particles that make up Saturn’s rings,” Albury remarked. “The capabilities of our new system will give educators in our community a new tool for introducing and inspiring young people toward the STEM [science, technology, engineering and mathematics] fields.”

The planetarium has already attracted larger audiences as word has spread about the upgrade. For those who want a guided tour of the night sky, the planetarium still features its weekly Friday night favorite “Florida Skies” presentation.  The show features the existing GOTO CHRONOS Space Simulator projector that rises out of the floor and projects over 8,000 stars on the dome.

“We’ll always have our CHRONOS projector, but with the addition of our new digital system, the potential for our learning laboratory is only limited by our imagination,” Albury said.

For additional information you may also contact Planetarium Coordinator James Albury at 352-395-5381 or james.albury@sfcollege.edu.