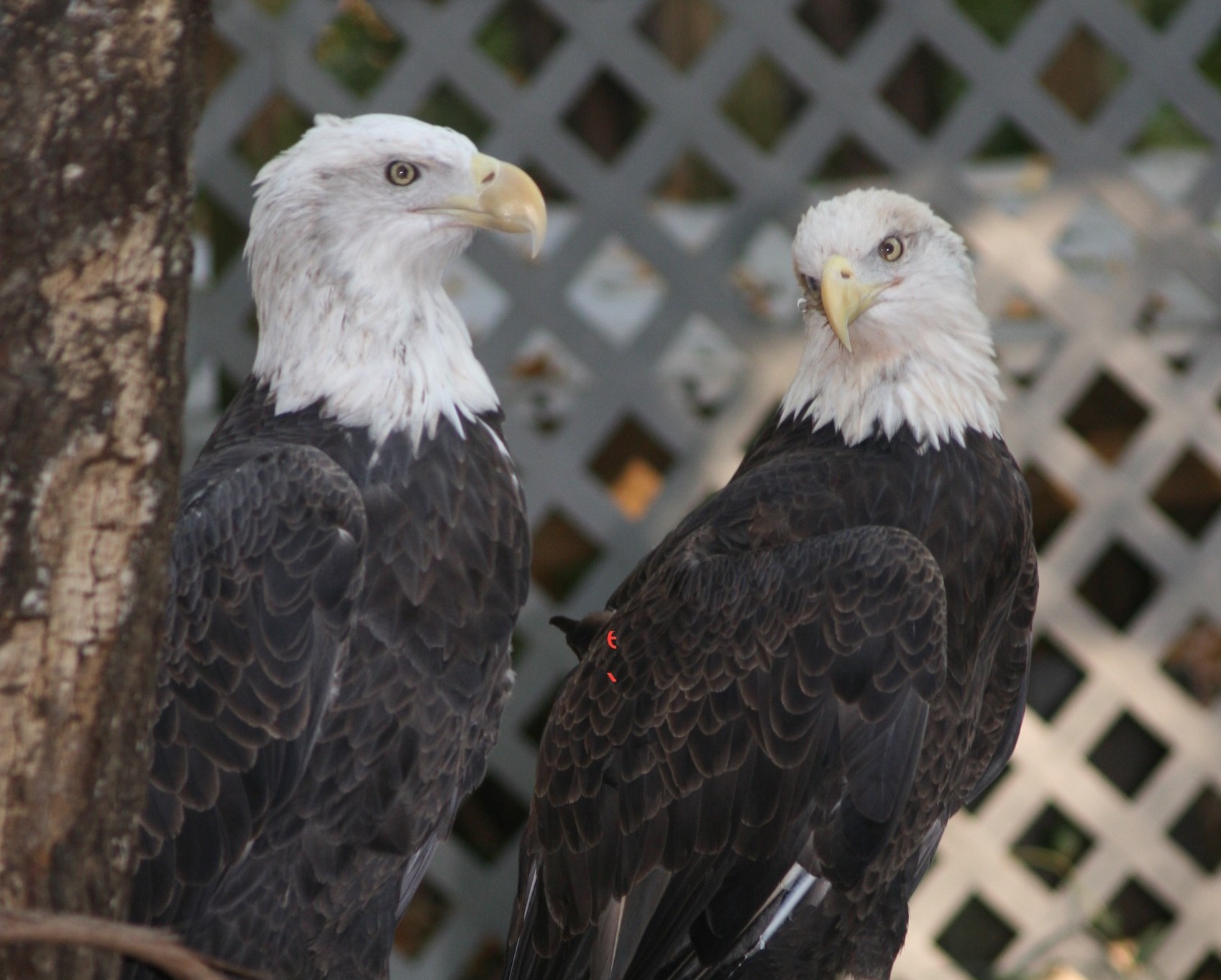 George the Bald Eagle has been a permanent resident at the Santa Fe College Teaching Zoo since 1987, after being rehabilitated at the University of Florida’s College of veterinary medicine, from injuries sustained in the wild.

George became a “love bird” of sorts when he was introduced to his mate Ariel on Valentine’s Day of the following year. The immediate connection they formed resulted in 27 years together, raising 12 chicks that were successfully released into the wild, contributing to populations of their wild counterparts.

General Curator at the Teaching Zoo, Kathy Russell, reminisced with fondness of George’s fervor to construct their nest and share the responsibility of incubating the eggs of the six clutches he and Ariel produced. Students in the Zoo Animal Technology Program and guests witnessed George’s exemplary parenting skills as he fed and cared for his chicks.

In recent years, George’s health waned due to his geriatric age, despite the many efforts to make his remaining years as comfortable as possible. It recently became clear to SF zoo staff that further treatment for his age related ailments would diminish his quality of life. Consequently, on Tuesday, Feb. 17, the staff at the zoo made the difficult decision to euthanize the beloved longtime resident, George.

Although George’s chapter at the Teaching Zoo has come to a close, Ariel remains on exhibit for guests to visit. George will be deeply missed and cherished by the staff and students who cared for him during his nearly three-decade residency at the Teaching Zoo.