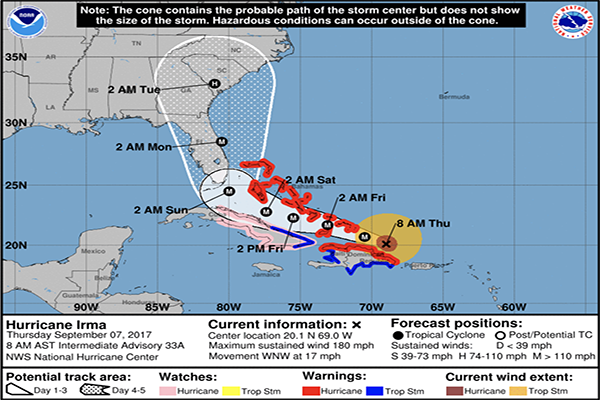 Personal safety is a big concern at Santa Fe College and we hope supervisors and faculty will be sensitive to the concerns of students and staff.

Although it may be Saturday evening before the winds from Irma are felt in north central Florida, the region is seeing the early effects of the hurricane. Gas stations have been sporadically running out of gas and water is disappearing from store shelves.  State officials say this is not a wide spread problem. In the case of gasoline, officials say that from the time a gas station receives a delivery until the time the pumps are empty is averaging four to six hours. Since it takes longer than that amount of time for a truck to re-load and get back, that particular station would be temporarily out of fuel.

Any information concerning campus closures or cancellation of events will be posted on the Santa Fe College Alerts page, sfcollege.edu/alerts.