Morrow and the Saints Defeat Central Florida on the Road, 81-73 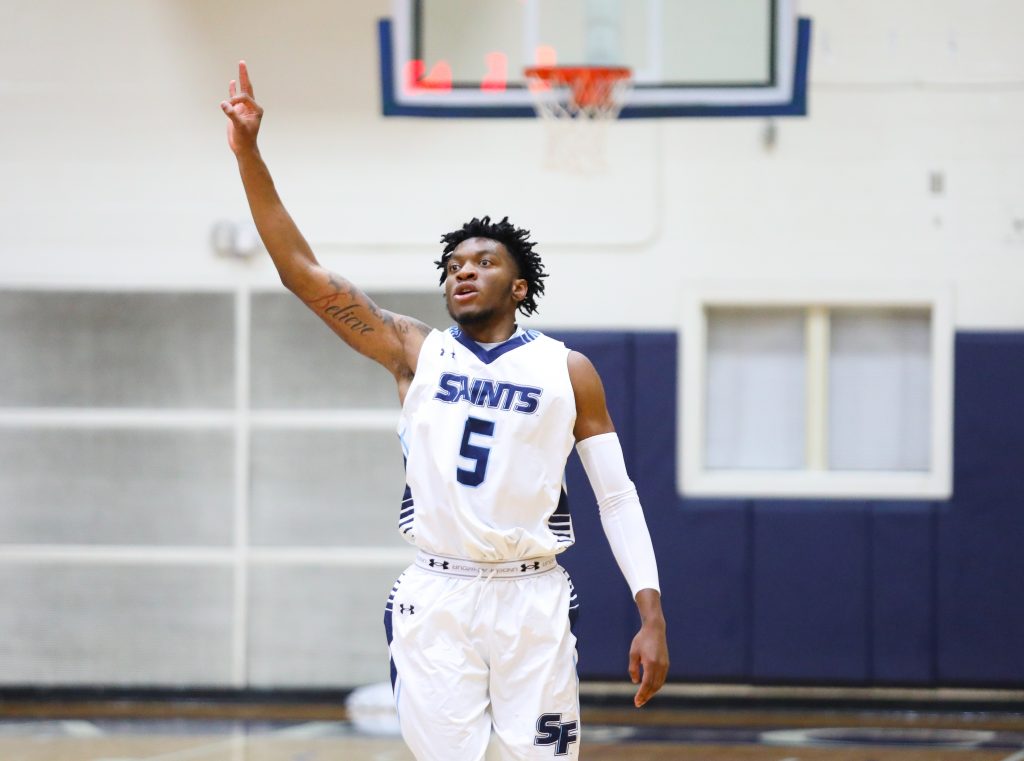 February 5, 2018 – The Santa Fe Saints played one of their most complete games of the season Saturday night in Ocala, defeating the nationally ranked No. 15 Central Florida Patriots by eight points in a game in which they lead by as many as 18 late in the second half.

Malik Morrow played all 40 minutes for SF and scored a team high 19 points. Four other Saints also scored in double figures, showing off the balanced attack.

SF led by nine, 41-32, at the halftime break, and turned it on even more in the second half, stretching the margin to 18 late in the game. A late run by CF closed the margin but the Saints held on for the eight point win.

The victory moves SF (19-6, 5-2 MFC) to within a half game of Central Florida (21-5, 6-2 MFC) for first place in the Mid-Florida Conference standings. The Patriots have now dropped two straight while the Saints have won their last four in a row.

SF has a big road conference game coming up Wednesday, Feb. 7, at Eastern Florida at 7 p.m. The Titans are also 5-2 in the MFC.