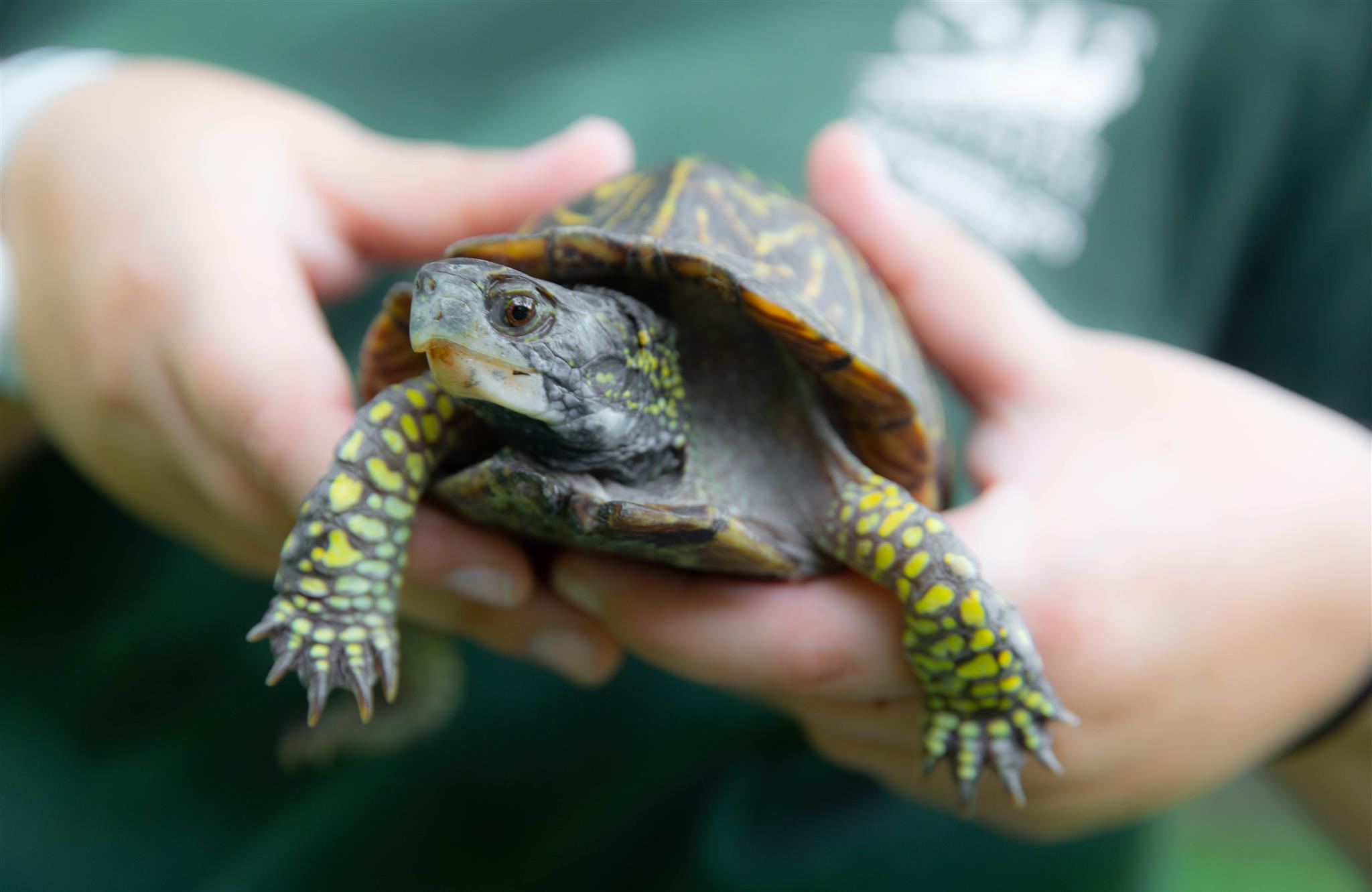 August 23, 2018 – One of the four animals taken from the Santa Fe College Teaching Zoo in May has been recovered. The Florida box turtle, named David Beckham, was found by two individuals driving in northwest Gainesville. They went to move the turtle off the road when they noticed the turtle had holes on the underside of its shell. They contacted the Santa Fe College Teaching Zoo, and it was determined that it was one of the missing animals.

The SF Teaching Zoo had a total of 11 animals taken from the facility in late May. Seven of the animals were recovered within a week, but four animals – two box turtles and two gopher tortoises remained missing. An investigation led to the arrest of three suspects on charges including burglary, grand theft and dealing in stolen merchandise.

The Santa Fe College Police Department is still investigating the whereabouts of the last three missing animals. Any information about the animals can be reported to the SFPD at 352-395-5519. The animals can also be returned to the SF Teaching Zoo, no questions asked.