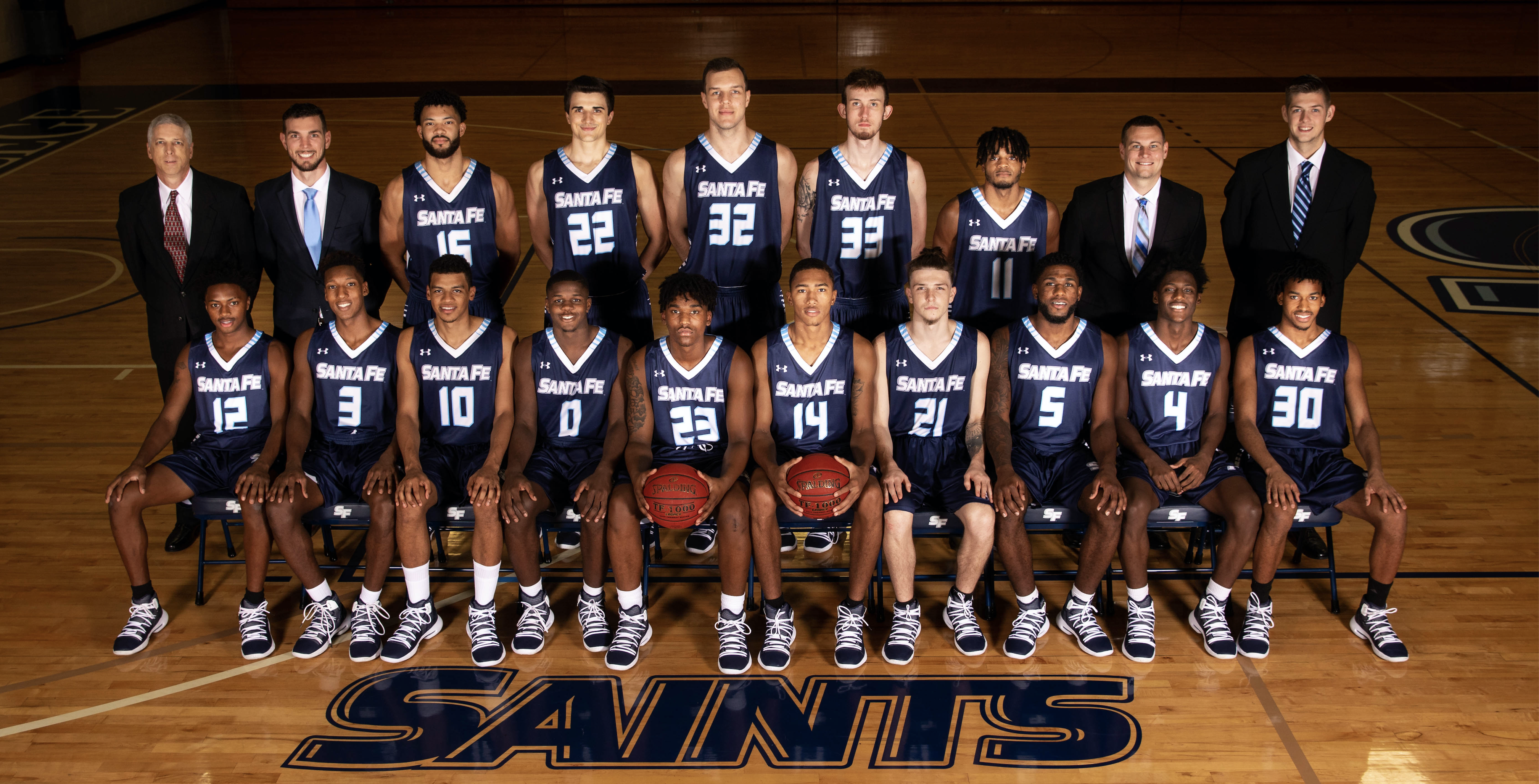 November 28, 2018 – The two institutions have not played against each other in men’s basketball since the mid-1990s making Tuesday night’s matchup between the Santa Fe Saints and Florida Gateway College Timberwolves somewhat nostalgic but not all that close as SF prevailed 103-89. SF now has a seven-game winning streak and improved to 8-2 on the season.

“It’s nice to play another college located close by,” said SF Head Coach Chris Mowry. “They are excited to have basketball back and they should be. Coach Charles Ruise has done a nice job.”

The Saints, playing their third game in four days, came out of the locker room with the hot hands offensively, building a double-digit lead at 15-4 eight minutes in. Four consecutive 3-pointers by Miles Coleman helped balloon the Saints lead to 48-20 with four minutes to go in the first half.

“I was very happy with how we came out in the first half,” said Mowry. “Miles had a super half with seven 3-pointers.”

FGC, formerly Lake City Community College, has jump-started four intercollegiate athletic teams in the last two years with volleyball, women’s cross-country and men’s golf all getting started last year and men’s basketball this year. All are competing on the NJCAA Division II level.

The Saints will get a couple of days off before their next game when they host Hillsborough CC for a 2 p.m. tip Saturday at the SF gymnasium.