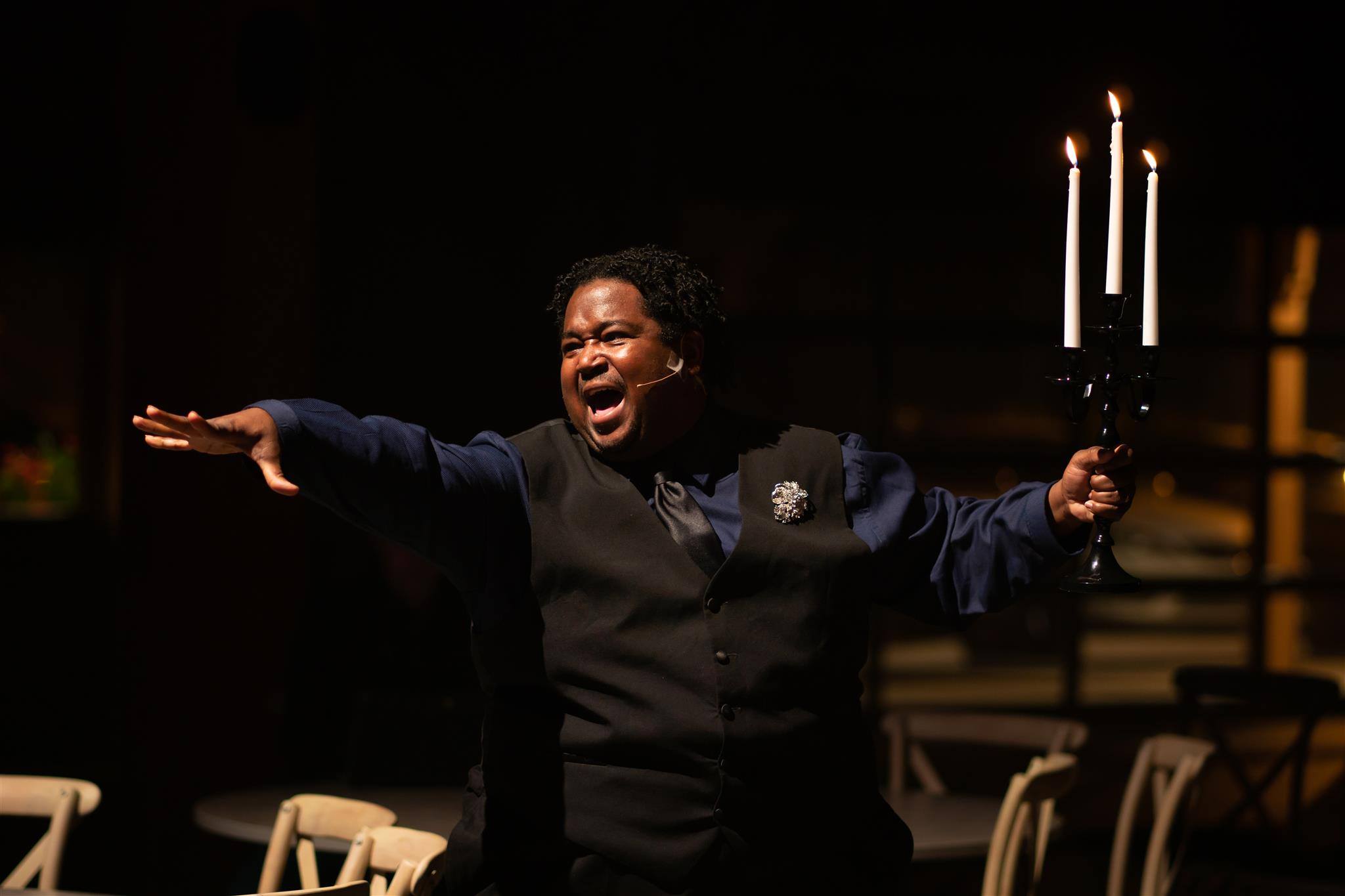 My drama teacher in high school told me I wasn’t talented enough to have a career in theater, to be an actor. ‘Don’t waste your time doing that.’ That’s what she told me. And I kind of believed her, so I figured out what else I was good at. I moved to D.C. at age 17 to go to school and work my way up in the political realm. I had some success, but my heart was in theater. So I came back home to Florida. I knew if I wanted to do theater, I had to learn. If I wasn’t good enough, I had to get better. I auditioned at Santa Fe. I knew nothing about an audition, but was so enthusiastically received by the staff. I walked out of the room feeling more thrilled than I’d ever felt doing something with my craft. I don’t think there was ever one faculty member who made me feel less than or like I wasn’t good enough. That’s priceless to a student. This past year, 2018, has been the craziest blessing of a year. I premiered a show in Paris, I got to sing with Sam Smith at the Grammy’s, I made my Broadway debut in Rocktopia and my episodes of Orange Is the New Black were released. I can honestly say without reservation that my preparation started at Santa Fe. That’s where I began to understand that I was enough.