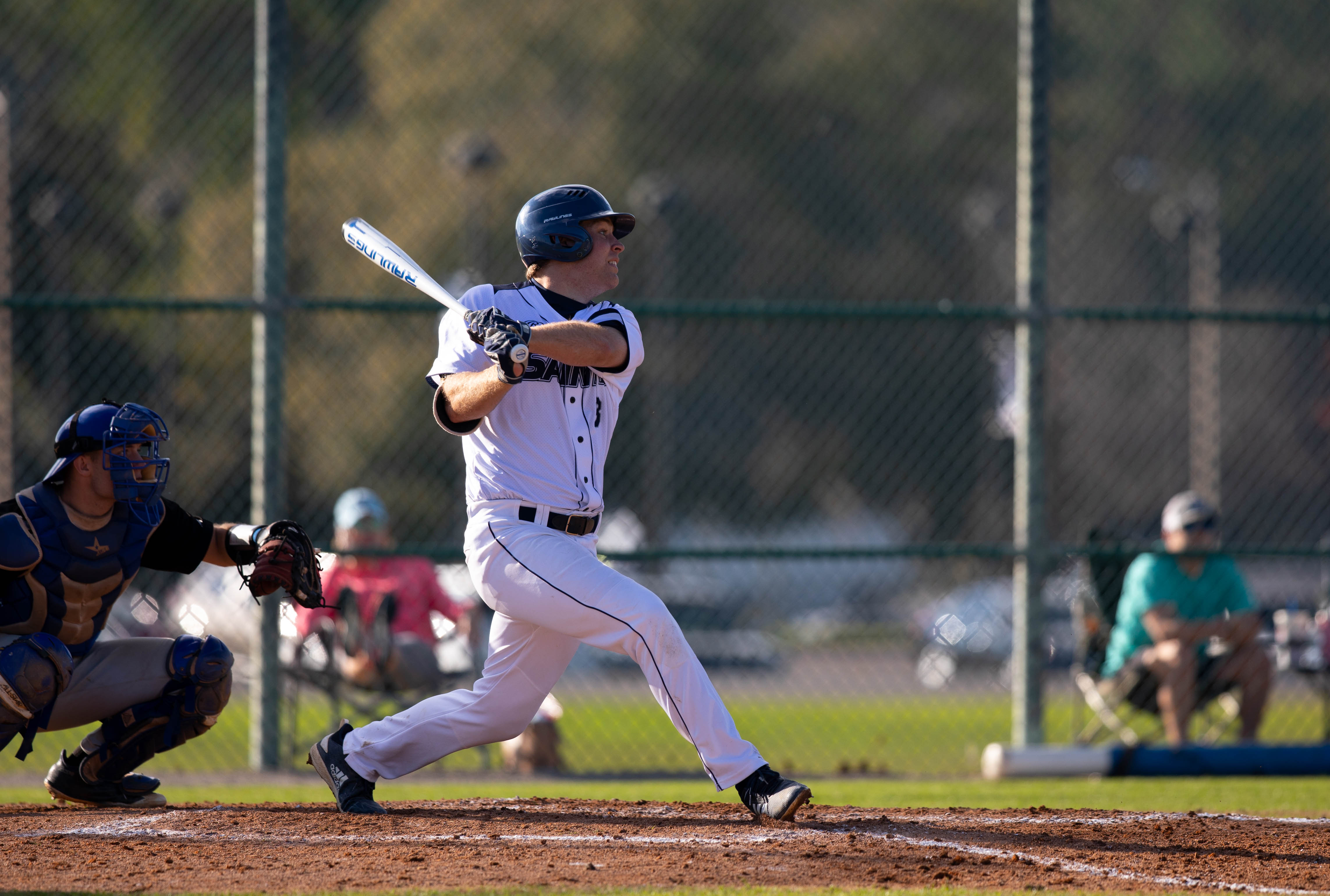 February 7, 2019 – The Santa Fe Saints baseball team pulled off an improbable comeback over Hillsborough Community College Hawks by scoring seven runs in the bottom of the eighth inning to win 8-7 Wednesday afternoon in Gainesville.

The Saints had three hits in the uprising, but took advantage of two hit batsmen, two walks, an error and a balk. With two outs, Zach Hand drove the first pitch he saw bringing in the tying and go-ahead runs with a single that plated Cade Westbrook and Isaiah Perry.

“It was exciting to see the guys break through with a big eighth inning,” said SF head coach Johnny Wiggs. “Innings like this give a team confidence that might help in future games when things aren’t going well.”

Things weren’t going well at the beginning for the Saints as the first two Hawk batters in the opening inning reached on errors and came around to score. HCC (1-5) scored three more in the third inning and single runs in the fourth and fifth to take a 7-0 lead.

The Saints scored their first run in the fifth when Perry reached on a fielder’s choice and later scored on a double by Cale Jones.

Brooks Walton started on the mound for the Saints and although the Hawks scored six times against him, only three of the runs were earned. Garrett McCraine (1-0) pitched four innings in relief, allowing just one run on three hits while striking out three to earn his first win of the season. Tyler Jones earned a save with a scoreless ninth.

“We played poorly early in the game committing four errors,” said Wiggs. “McCranie did a great job hanging zeros on the board to give us a chance.”

Garrett Mathes was the Saints only repeat hitter with a single and a double. The sophomore now has an eight-game hitting streak and has four straight games with multiple hits.

SF recently moved up to No. 2 in the FCSAA rankings and are presently ranked No. 12 in the nation. The Saints (9-1) will host TNXL Academy out of Kissimmee Friday for a 3 p.m. game.