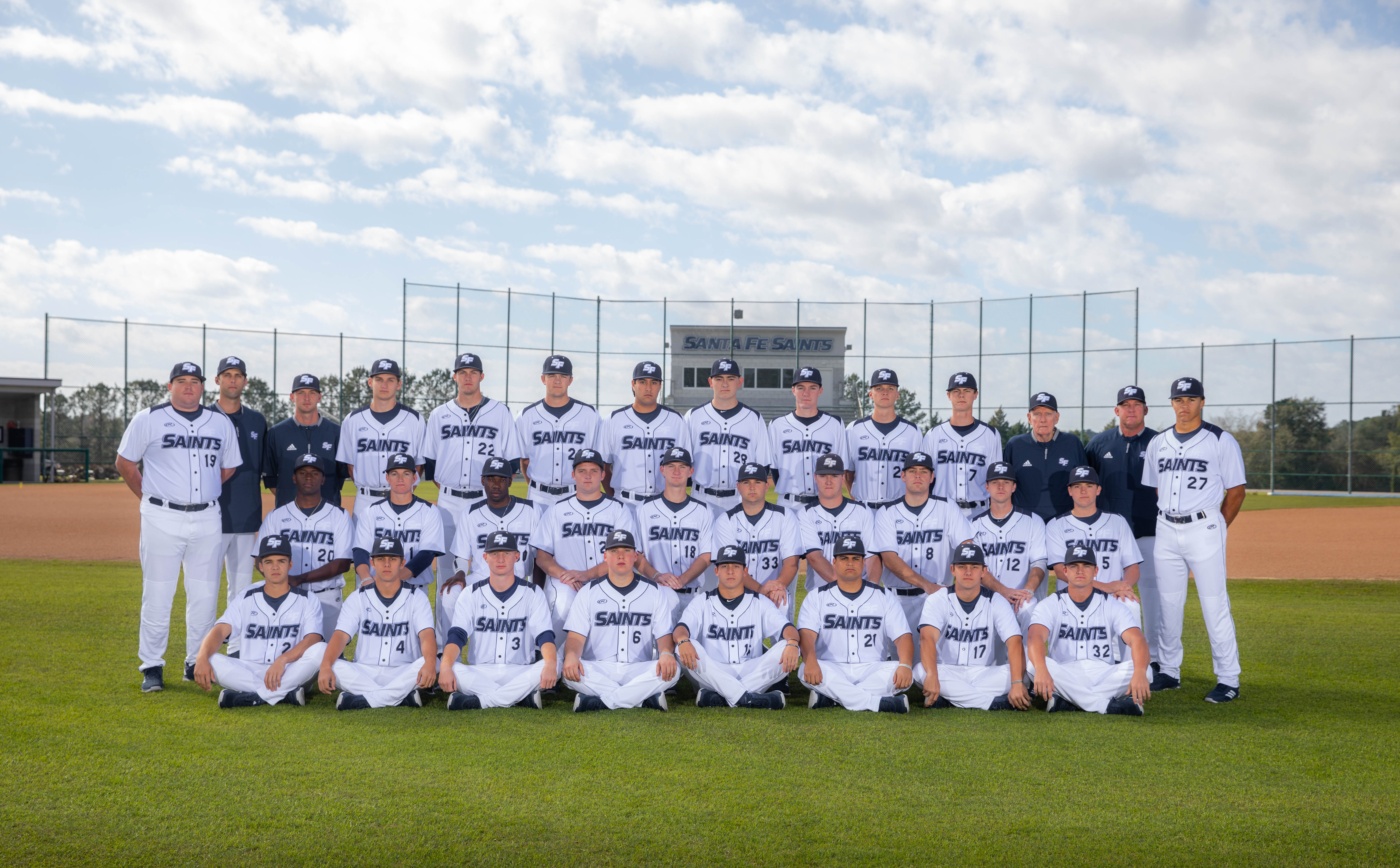 The Saints jumped out to a 5-0 lead after two innings in the opener and piled on nine more runs in the final three innings for the convincing victory.

Brock Edge was a perfect 4-for-4 at the plate and Kyler Marquis had two doubles and a single and drove in six runs with 10 of the 11 different players that came to the plate reaching base, nine with hits.

Meanwhile, Connor Churchill (3-0) stymied the Panthers, scattering three hits over six innings while striking out five. The UF transfer has not allowed a run in his three starts totaling 17 innings pitched.

Anthony Arguelles (2-0) got the start in game two for the Saints fresh off a no-hitter last Saturday against SFSC that earned him National Junior College Athletic Association Pitcher of the Week. Although this time giving up six hits, he continued to keep the Panthers off the scoreboard with six shutout innings and six strikeouts.

“Churchill and Arguelles did a great job again of setting the tone early for us in the game,” said SF head coach Johnny Wiggs. “They kept throwing up zeros and allowed our offense to get going.”

Parker Biederer led the way offensively in game two with three hits while Garrett Mathes and Edge each had a double and a single in the game. Edge had six hits on the day while Mathes had a two-base hit in each game and leads the Saints with six on the year.

“I was excited to see our offense get going some today,” said SF head coach Johnny Wiggs. “We had 15 hits in game one and quality at-bats all day.”

The Saints pitching staff has now thrown seven shutouts in 13 games, three in a row, and own a team 1.47 earn run average. The Saints have not allowed an opponent to score a run over the last 27 innings.

SF (12-1) gets back to action when they host Polk State College Monday for a game scheduled to start at 3 p.m.