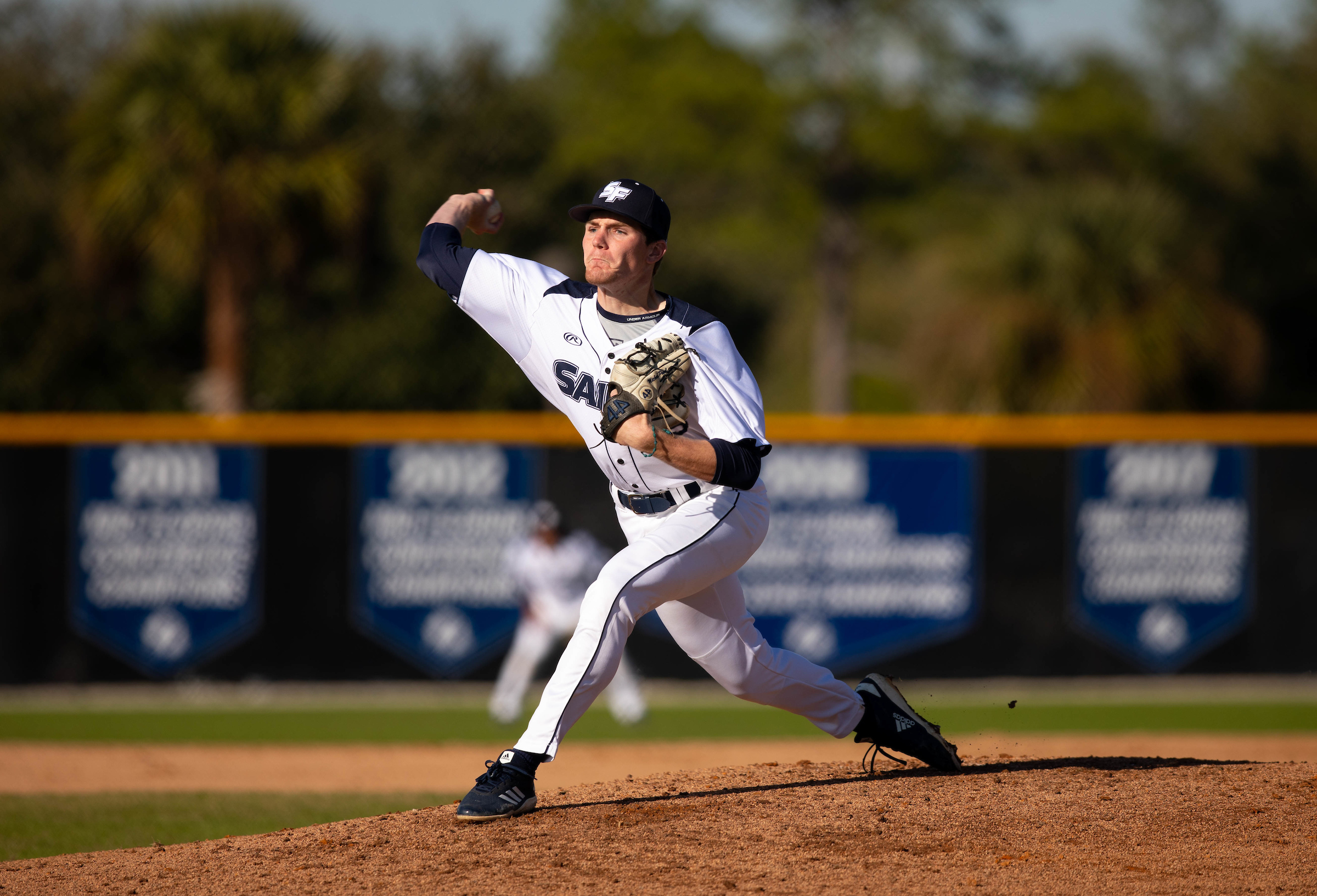 February 12, 2019 – It was business as usual at the Santa Fe Saints baseball field Monday afternoon as four Saints’ pitchers combined to throw a 13-0 shutout over Polk State College.

The Saints pitching staff has now thrown four consecutive shutouts, eight in 14 games, and have run their scoreless inning streak to 36 innings. The team earned run average dropped to 1.35.

Monday’s win was the eighth straight for the Saints (13-1) who are presently ranked No. 2 in the Florida College System Activities Association coaches’ poll and No. 12 in the National Junior College Athletics Association pre-season poll.

“We got another great outing from the pitchers,” said SF head coach Johnny Wiggs. “But it was good to see our hitters starting to get comfortable and have some great at bats.”

Michael Paul (2-0) went the first six innings to earn the win and has now not allowed a run over 16 innings on the season while registering 17 strikeouts. Austin Bass, Tyler Jones and Garrett Mathes followed Paul to the mound and kept the Eagles (5-6) in check.

Mathes got it done at the plate as well, with four hits and three runs batted in. The sophomore first baseman/pitcher now owns an 11-game hitting streak and has hit safely in 13 of the Saints 14 games.

Brock Edge had three hits in the game and Jarrod Cande two. Edge has nine hits (9-for-12) over the last three games to raise his average to .380.

“We are going good right now,” said Wiggs, “but we need to stay grounded and remain focused every day.”

Next up for the Saints is a trip to St. Petersburg Wednesday to take on the Titans in a game scheduled to start at 3 p.m.