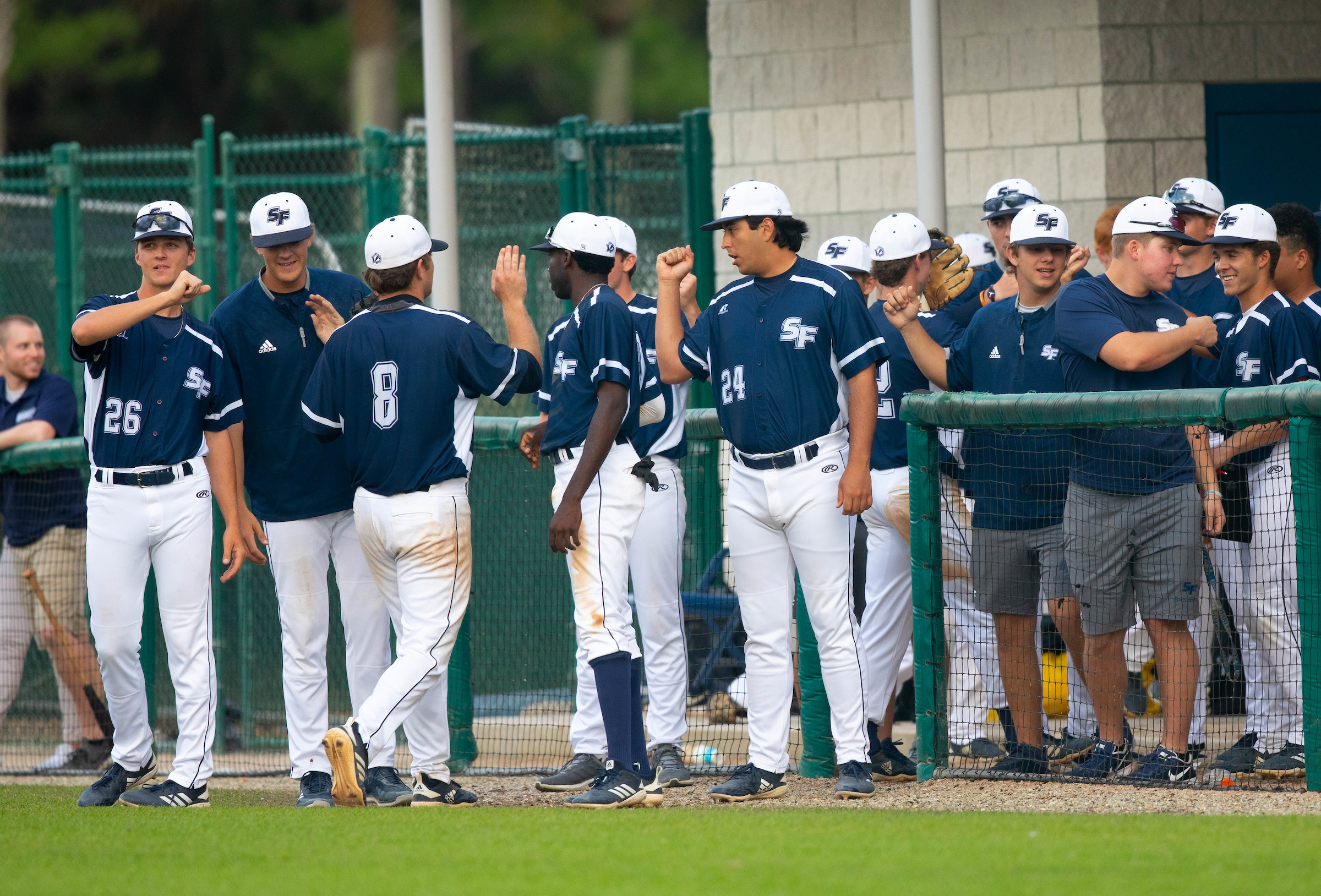 April 16, 2019 – The Santa Fe Saints baseball team pulled to within a game and a half of Mid-Florida Conference leading College of Central Florida with an 11-1 win over the Patriots Monday afternoon in Gainesville.

Anthony Arguelles of the Saints and Brandon Knarr of the Patriots were locked up in a 1-1 pitchers dual heading into the bottom of the sixth when the Saints strung together seven hits and three walks to score 10 runs, ending the game early at 11-1 due to the 10-run rule.

Cade Westbrook drove in the first run when he reached on a fielder’s choice and Brock Edge and Isaiah Perry followed with back-to-back home runs to make it 6-1. The next seven Saint batters reached off the CF reliever and Edge’s second hit of the inning drove home the winning run.

“Very happy that Brock is back to attacking the ball at the plate,” said SF head Coach Johnny Wiggs. “He is really getting his swing back. All of our hitters are swinging good bats and we will need to if we are going to continue to win.”

Arguelles (5-0) benefitted from a home run robbing catch by left fielder Jarrod Cande in the third inning that would have given CF a 3-1 lead, but pretty much shut the Patriots down after that. He fanned six with no walks in six innings of work.

“Arguelles really had good stuff today,” said Wiggs. “They are one of the best hitting teams in the nation and he was able to keep them quiet.”

Eight of the Saints nine batters hit safely while Edge and Garrett Mathes each had two hits in the game. Edge’s home run was his fourth of the season and his five runs batted in give a team-high 35. Perry’s home run is his third of the season.

The Saints (32-13, 13-7) have won eight in a row and 10 of their last 11 as they head into the final week of the regular season. The Saints will travel to Palatka Wednesday to take on St. Johns River State College before returning to host Seminole State College in the Saints final regular season home game of the year Friday at 3 p.m.

The MFC Tournament involving the second through fourth finishing teams in the conference will take place April 26-29 with sites and times still to be determined.