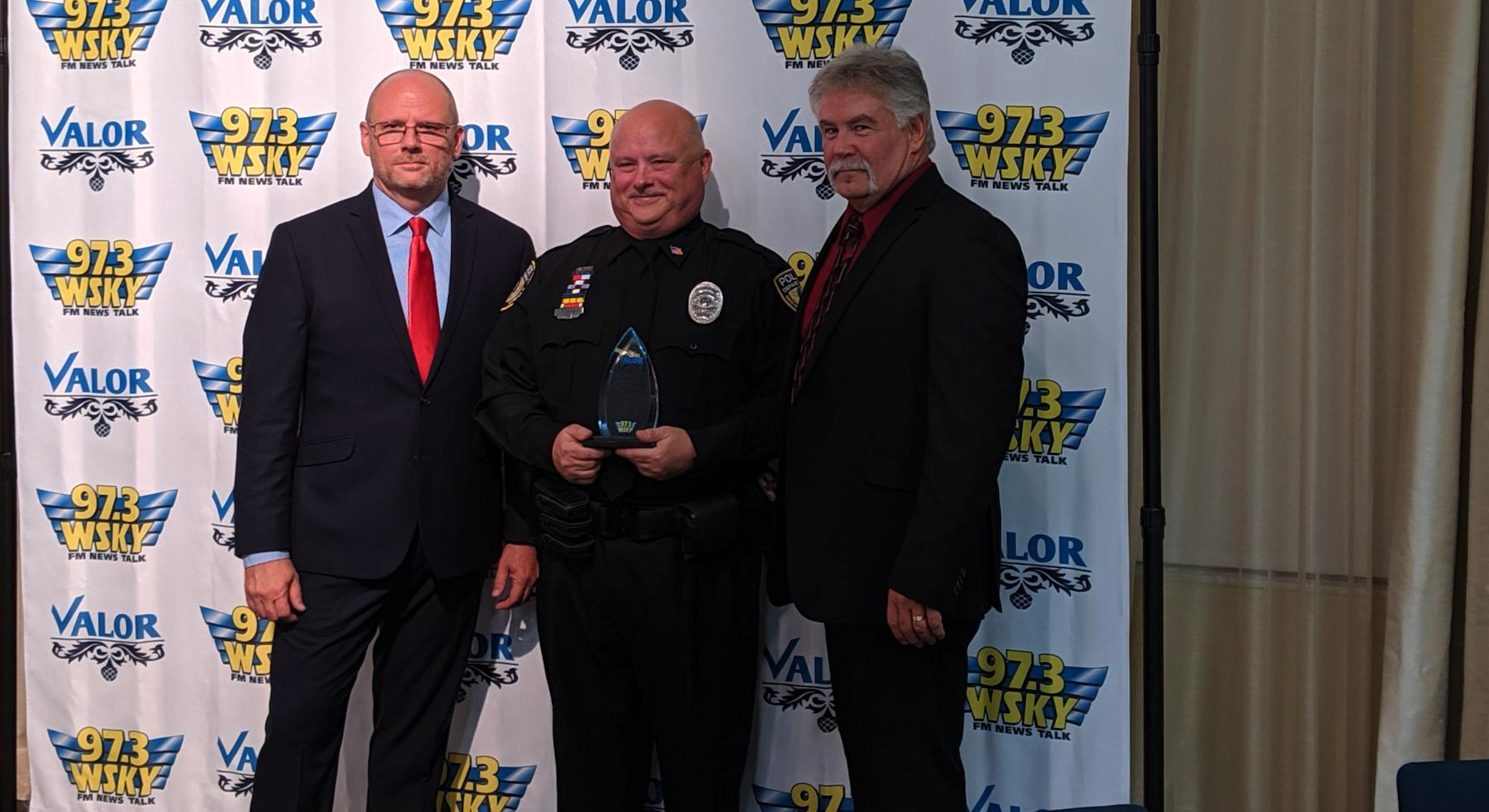 June 18, 2019 – Santa Fe College Police Officer Joel Pearson was honored at the fifth annual VALOR Awards, from local radio station 97.3 WSKY-FM. The ceremony recognizes first-responders in North Central Florida for their service to the community. Honorees were selected by their respective supervisors for outstanding job performance. Pearson, now a reserve officer at the SFPD, spent 17 years at the college and also served as a field training officer.

During his time at the SFPD, Pearson received numerous awards and twice was commended for saving lives at the college. Once, by saving the life of a student whose heart stopped three times. The second time was when Pearson used an A.E.D. to revive a coach, who collapsed during a cheerleading event on the Northwest Campus.

Congratulations to Officer Pearson and all of those who served to keep our community safe.