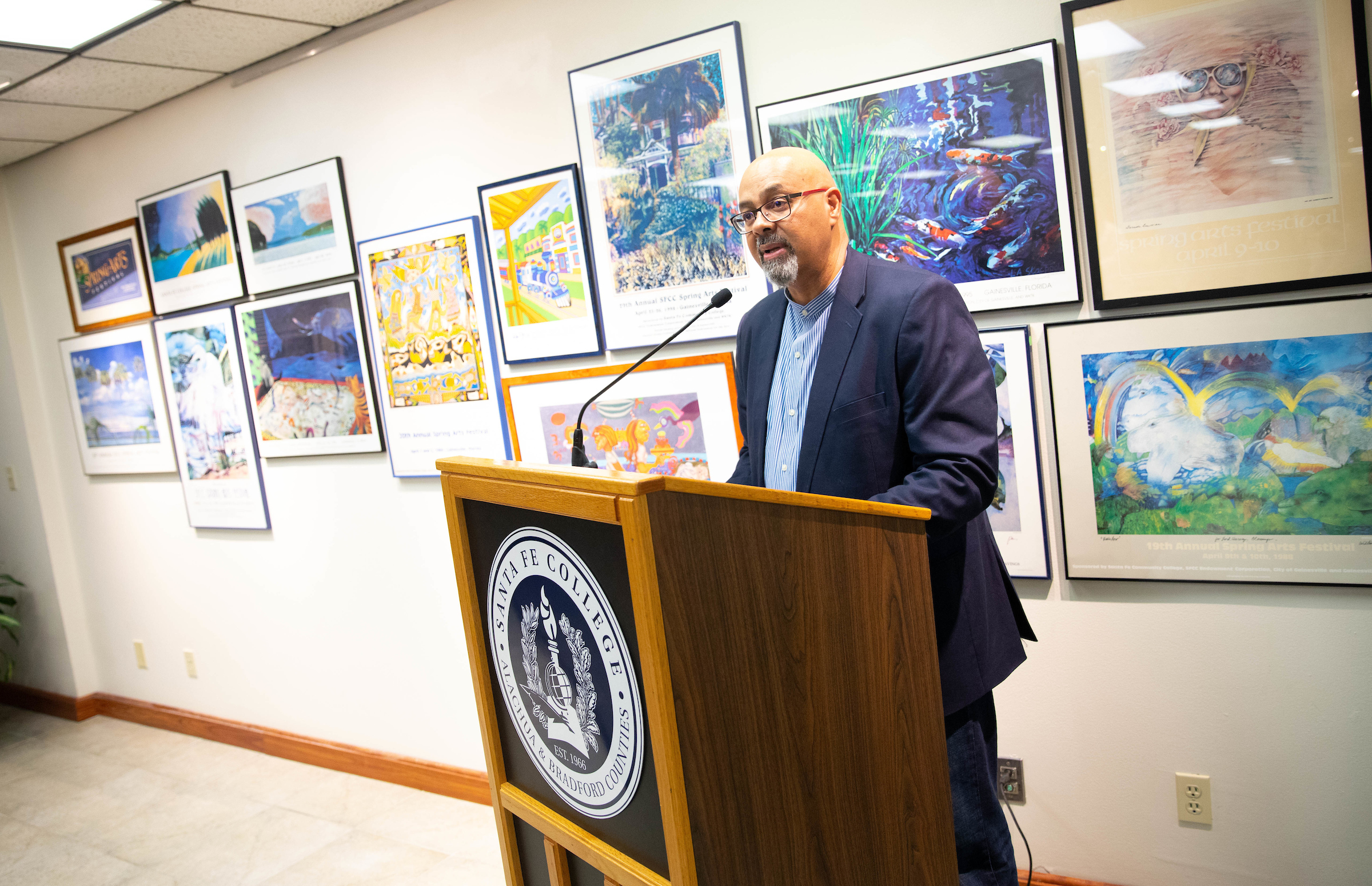 A Celebration of the Life of Raul Villarreal 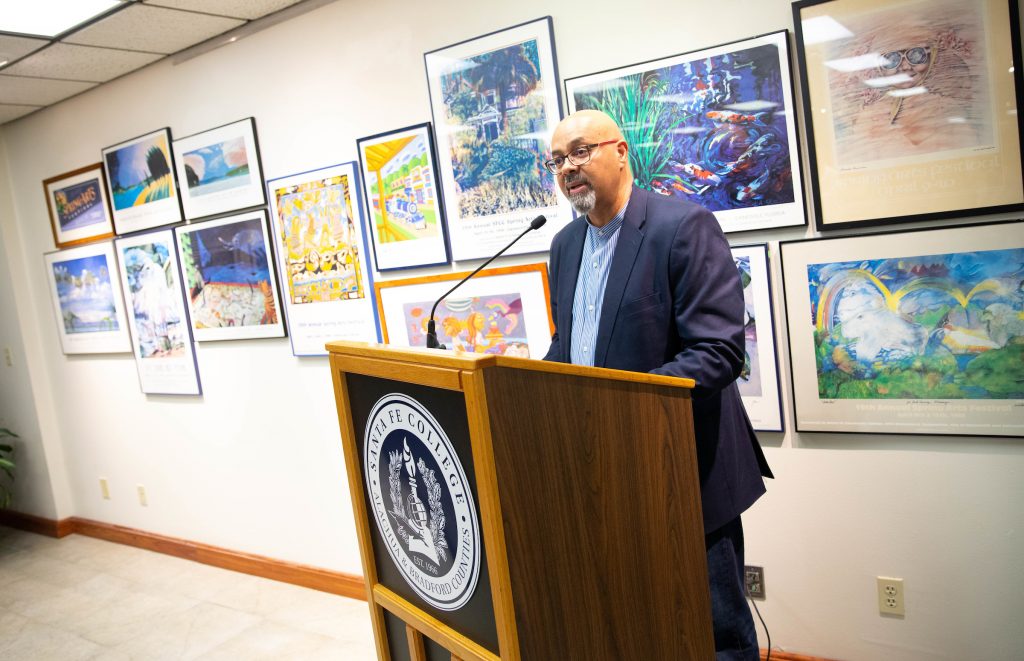 July 22, 2019 – Raúl Villarreal, 55, died unexpectedly July 18, 2019, with his wife of 30 years by his side. Raúl was born in San Francisco de Paula, 10 miles east of Havana, Cuba, to René and Elpidia Villarreal. Raúl and his family emigrated from Cuba to Madrid, Spain in 1972. Two years later, the Villarreals moved to Union City, New Jersey, (once dubbed “Havana on the Hudson”), which lies directly across the Hudson River from Midtown Manhattan. He graduated from Jersey City State College with bachelor’s and master’s degrees in fine arts. He also studied at the Graduate School of Figurative Art and the Parsons School of Design, both in New York.

Raúl’s father, René, was the longtime majordomo for Ernest Hemingway at the author’s Cuban villa, the Finca Vigia, in San Francisco de Paula. In 2009, father and son co-authored “Hemingway’s Cuban Son” (The Kent State University Press), an acclaimed account of René’s close friendship with Hemingway from 1939 through the Cuban Revolution, including the subsequent impact on the Hemingway and Villarreal families. Raúl was working on a memoir at the time of his death. He contributed significantly to the international canon of Hemingway scholarship, and donated to Santa Fe College Foundation the Villarreal Family Collection of rare photographs of Rene’s time at the Finca Vigia. In June 2019, he co-presented at the 17thInternational Colloquium-Ernest Hemingway in Havana with Santa Fe College’s Michael Curry the original documentary, “Hemingway: Between Key West and Cuba”– a work borne of the intensely and prolifically creative collaboration he had with Curry for the past four years. The film premiered at the International Hemingway Conference in Paris, France in July 2018, and was screened by invitation at the Key West Art and Historical Society July 19, 2019, the day after he died.

Raúl was an accomplished artist with more than a dozen solo exhibits in the Manhattan area and in Florida. His paintings also were exhibited or are in private collections and galleries in Spain, China, Italy, New York, New England, Philadelphia, Colorado and California, to name just a few. He painted in the style of Duende, an aesthetic that confronts difficult spiritual concepts and derives from Federico Garcia-Lorca’s essay, Play and the Theory of the Duende. Raúl would look at a subject but paint the spiritual and believed that memory and longing are tied to the spiritual. Some of his recent work featured Chandeliers-Lamparas de lagrimas (lamps of tears) suspended in landscapes. His body of work was inspired by personal memories, and experiences of growing up in Cuba, Spain and the United States, along with assimilation of other cultures, old family photographs and Afro-Cuban religious symbolism. He conveyed multiple realities, time references and existence in his paintings and sculpture.

Raúl was the Coordinator of Cultural Programs at Santa Fe College until his death. He produced and curated the College’s annual Spring Arts Festival, taught art and Spanish classes at local retirement communities, and frequently mentored artists in his free time. He curated, managed and expanded the Santa Fe College Foundation’s art collection to more than 100 significant works.

A lover of film, literature, champagne, Cuban rum and cigars, and more recently a convert to Sancerre wine, Raúl often could be found at home with Rita enjoying his studio, their pool, family and countless friends. He loved to salsa, and often lit up the dance floor in Havana and Gainesville.

He loved Rita mightily and spoke of her as the love of his life. In the opening acknowledgments to “Hemingway’s Cuban Son,” Raul said, “…I must thank my beautiful and adventurous wife, Rita, for her never-ending love and support and for sharing the madness with me for all these wonderful years.”

Raul frequently returned to his native Cuba, to share the island nation through his eyes with close friends, colleagues and supporters of Santa Fe College. Through his work, he was able to share an understanding of Cuba and Cuban art. He also visited his extended family whenever possible. In what would be his last visit to Cuba in June 2019, Raúl visited his elderly Aunt near the Finca Vigia, taking much-needed supplies to the family. He was entertained by prominent Cuban artist Osmeivy Ortega and visited with his friend, nationally decorated Cuban artist Eduardo Roco Salazar (“Choco”). Choco offered his condolences in tribute to Raúl, “Pain will touch us all, and we must do the work, whatever the work is, so that this life is lived well. I am with all of Raúl’s family and friends (in spirit). – greetings from Choco.”

A Celebration of Life will be held at the Santa Fe College Fine Arts Hall Tuesday, July 23, 2019, from 3 until 5 p.m. Arrangements by Forest Meadows Funeral Home, 725 NW 23rd Avenue, Gainesville, Florida.  The family requests that in lieu of flowers, donations be made to The Florida Hemingway Society, a project that was near and dear to Raul’s heart.  Donations can be made c/o Santa Fe College Foundation, 3000 NW 83rd Street, Building F, Room 207, Gainesville, Florida, 32606 or at www.sfcollege.edu/foundation.