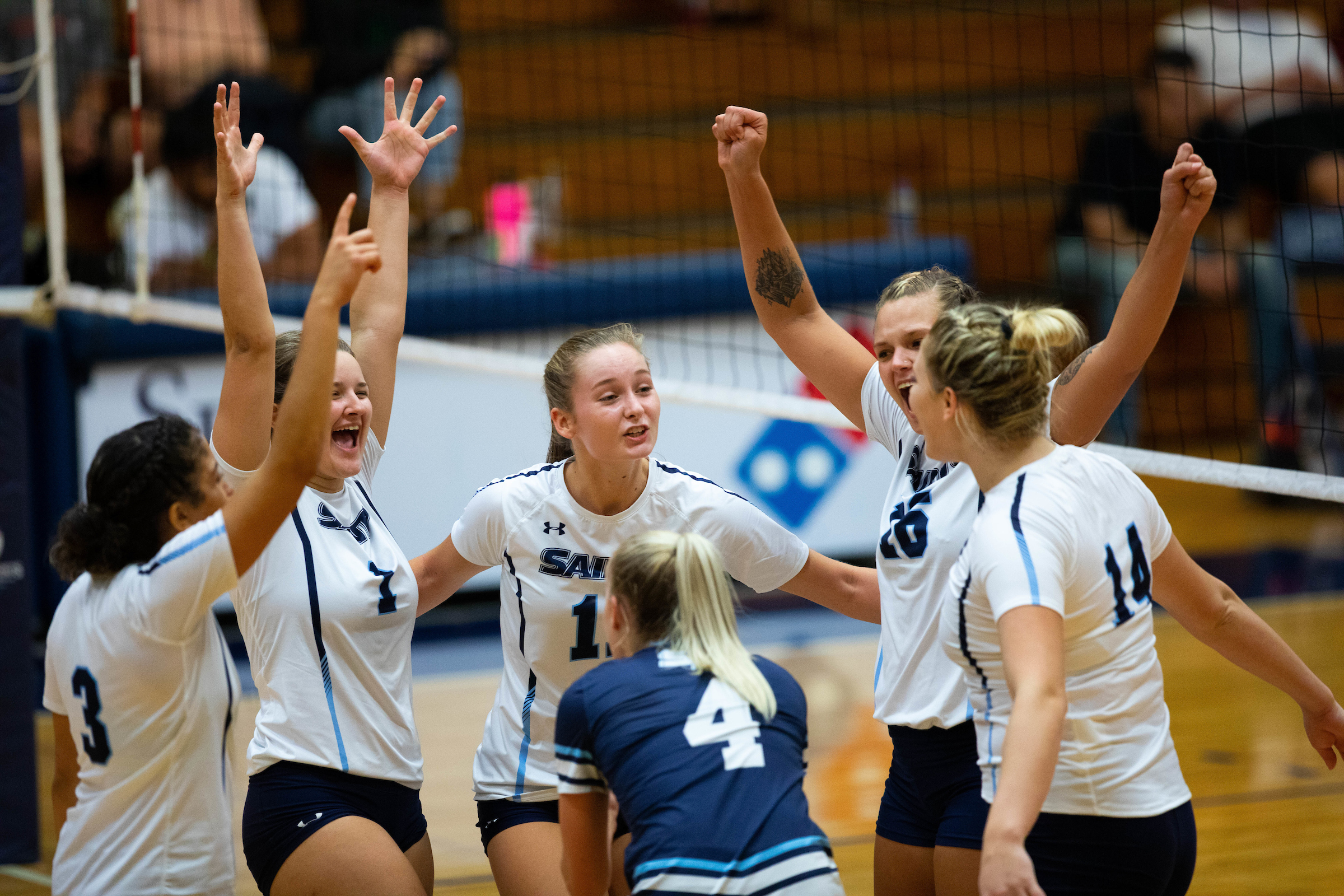 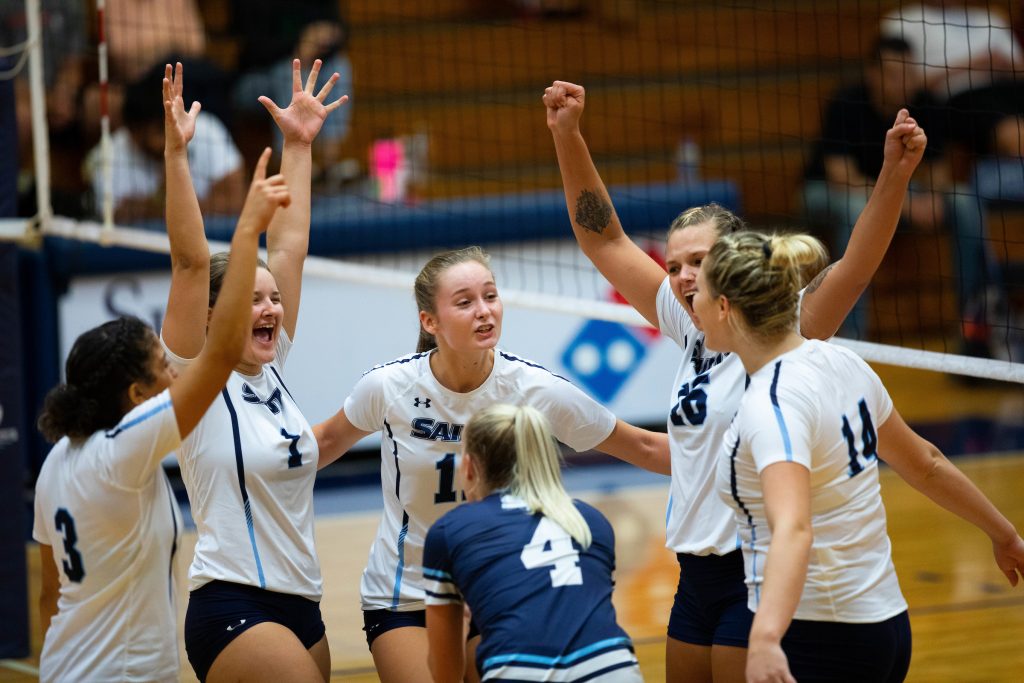 October 14, 2019 – Saints volleyball rose to the challenge Friday night against Florida State College at Jacksonville and became the 2019 Panhandle Conference Champions in a five-set showdown.

Remaining in Pensacola after earning a win Thursday night versus Pensacola State College, the Saints had little time to rest before taking the court the following night in a hard-fought victory and claim to the conference title against FSC-J: 25-20, 25-19, 24-26, 23-25, 15-11.

The last meeting between the two teams also resulted in a Saints win at home in five sets.

Saints head coach Nick Cheronis commented, “It was a total team effort. FSC-J did not cave in, but we responded in the fifth (set).” He continued, “I can’t say enough good things about this group.”

The team effort was spearheaded by Natalia Martinez and Madison Sheffield with 11 kills apiece and Emily Register adding eight blocks.

The next match for the back-to-back conference champions will be at home Tuesday, Oct, 15, for a 6 p.m. contest against Eastern Florida State College.  This match will also highlight Saints volleyball bringing special recognition to National Breast Cancer Awareness Month. Everyone in attendance is asked to wear pink in honor of those who have survived or are battling breast cancer.