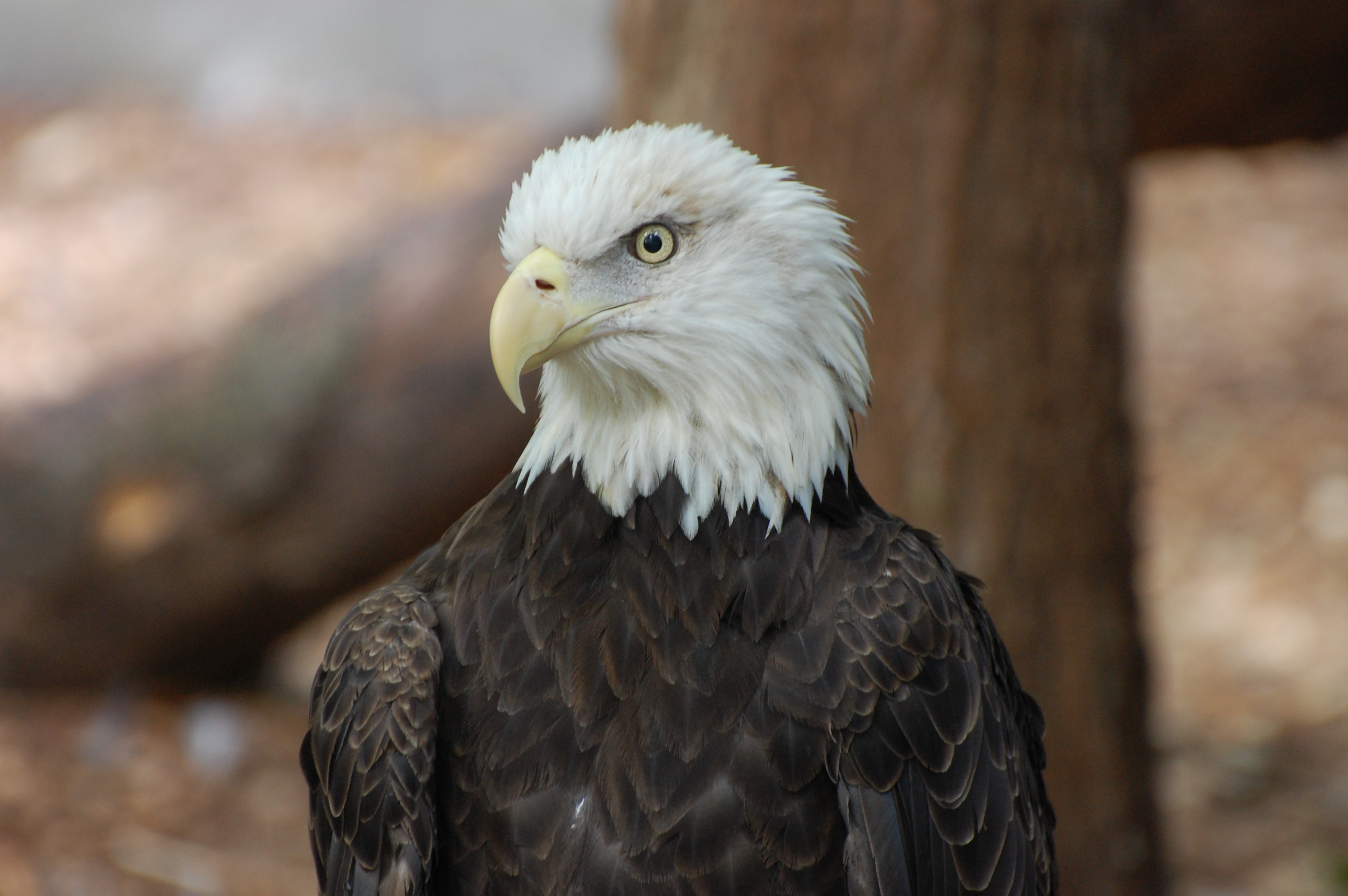 May 29, 2020 – Last week, the staff and zookeepers at the Santa Fe College Teaching Zoo said goodbye to the zoo’s beloved longtime resident bald eagle. Not only will Ariel leave a lasting legacy at the zoo, she will forever be a symbol for hope.

After sustaining an injury to her left wing in the wild, Ariel was rehabilitated at the University of Florida’s College of Veterinary Medicine and found a permanent home at the SF Teaching Zoo in 1986. She was later introduced to her mate, George, and together raised 12 chicks that were released into the wild. Over her 34-year tenure at the zoo, she taught and tested students, inspired guests and directly impacted her wild cousins. Ariel and George exemplify the tireless work zoos do to not only rehabilitate wildlife, but to help support wild animals and places.

It’s hard to imagine that the bald eagle, our national bird, was once in danger of becoming extinct. While human actions were the cause of their decreased numbers in the wild, it was devoted scientists, government officials, conservationists who changed the trajectory for these noble birds. Thanks to the Endangered Species Act, bald eagles flourished and were no longer considered endangered after 2007.

We are exceptionally proud of the students, staff and two special eagles here at the Santa Fe College Teaching Zoo for contributing to the bald eagle’s success story and being true conservation heroes.