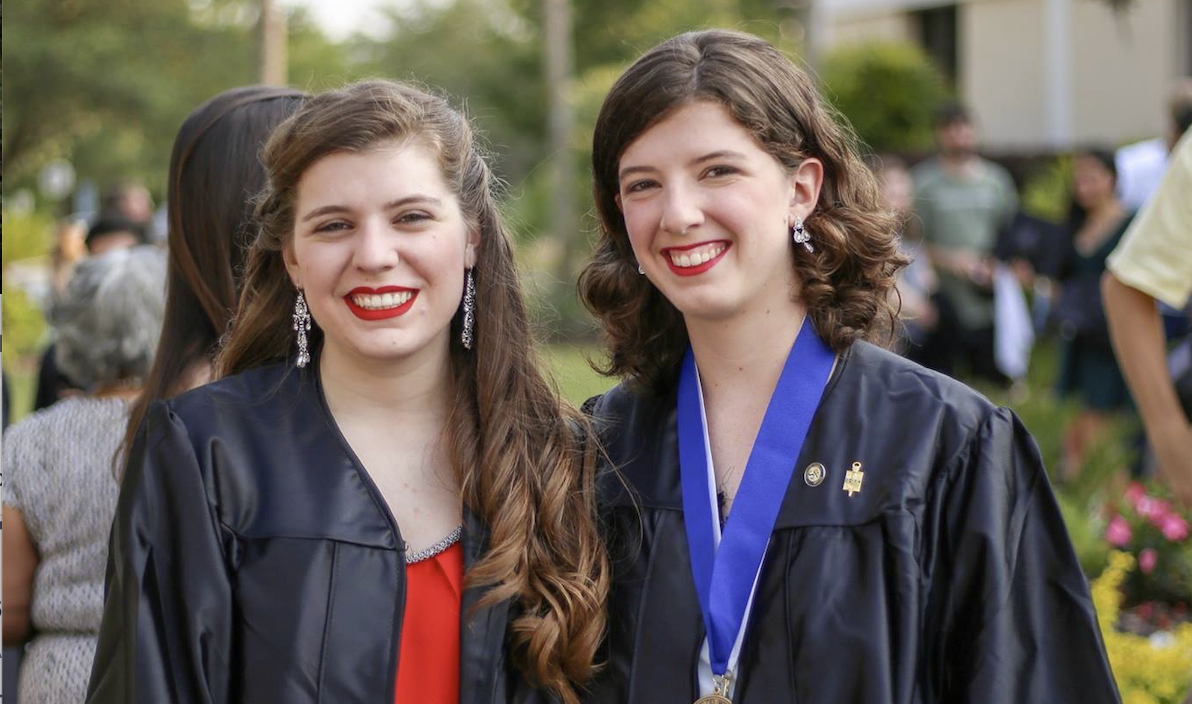 July 27, 2020 – Sisters Isabel and Carlota Bonnet both came to the United States after high school, keeping alive the family tradition of going to college in Florida. They both found and fell in love with Santa Fe College.

“I feel there’s a stigma against community colleges that I didn’t know existed because I’m not from the U.S.,” says Carlota, the older sister (by a year). “And then I transferred to Georgia Tech and I’m like ‘I have a better math background than all of you so shut up.'”

The sisters, who are French and Venezuelan, graduated from SF with A.A. degrees and have since gone on to pursue bachelor’s degrees. Carlota is at Georgia Tech and Isabel studied Communication Science at the University of Amsterdam.

Isabel created the first student-run newspaper in Amsterdam, The Amsterdammer. She has been accepted into the Columbia School of Journalism. Carlota is working on her master’s degree at Georgia Tech and plans to pursue her Ph.D. and specialize in helicopter aerodynamics.

Both ladies credit the family-like atmosphere at SF as a big reason why they were able to thrive and be successful after graduating.

“Professors are not seeing 200 students an hour, you really get that small community feel,” Carlota said. “Santa Fe College helped me realize I wanted to be an engineer and now I’m in one of the best engineering schools in the country. So I will always be grateful to SF. It’s one of the best.”

Isabel agreed and added “I was accepted to all the universities where I applied to transfer and it’s because SF has such a good reputation.”