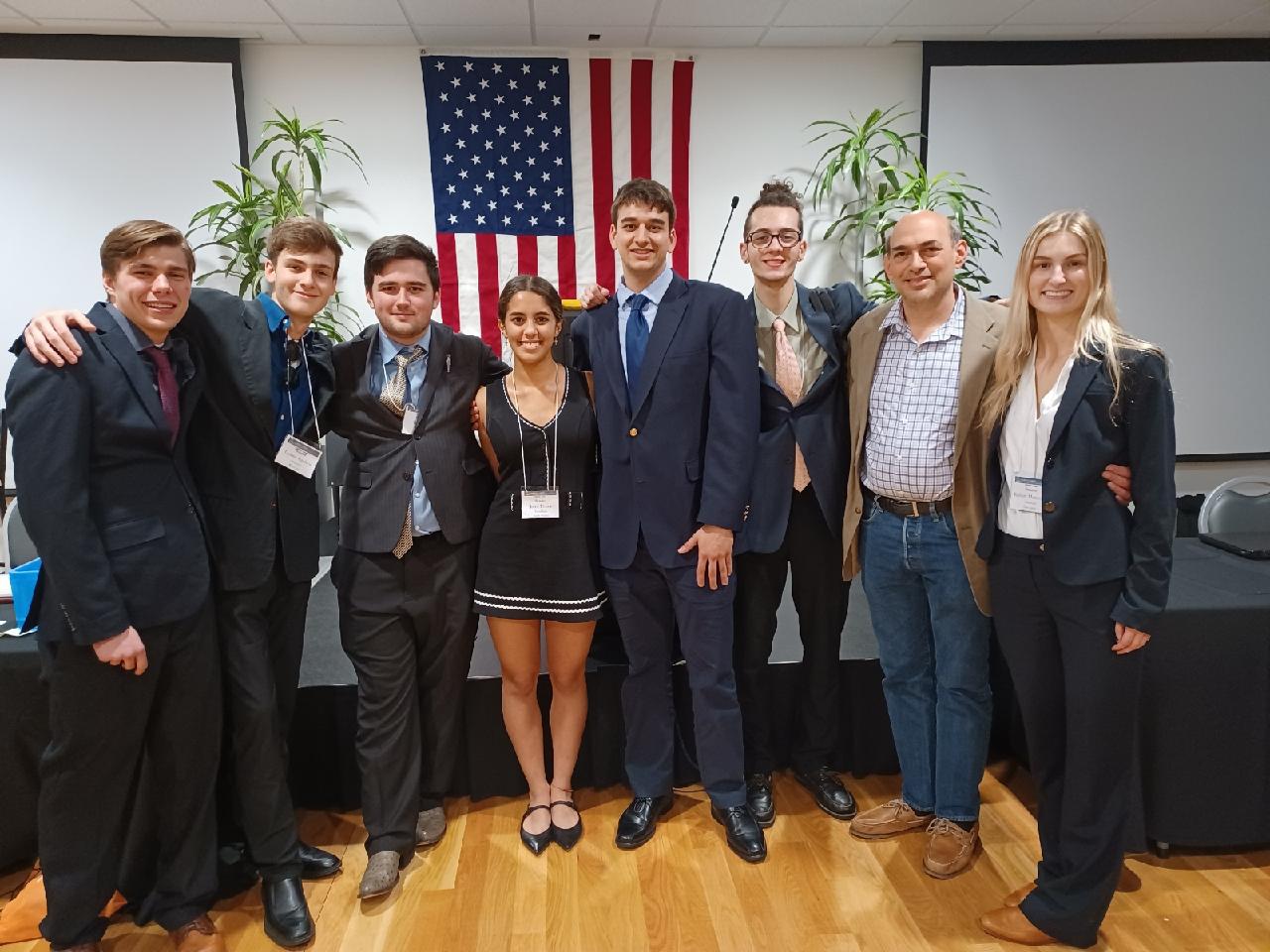 April 7, 2022 – Santa Fe College’s Model U.S. Senate team continued its tradition of excellence at the 50th Annual Model U.S. Senate hosted by Stetson University last month, once again winning an outsized share of the awards despite being the only two-year college competing with four-year colleges and universities that include upper-level students on their teams.

The Model Senate is a three-day event simulating as accurately as possible in the space of three days what goes on in the real U.S. Senate. Each student senator is assigned to portray an actual current U.S. Senator. Student senators get to introduce legislation, to participate in committee meetings and committee hearings, to attend party caucus meetings, to do real wheeling and dealing and compromising, and to speak on the Senate floor. While some of our students certainly treasure competing for and winning awards for their effectiveness, professionalism, and accuracy in portraying their assigned senators; it is more importantly a wonderful hands-on learning opportunity for all and a lot of fun.

Grant Gibson was the star of the entire Model Senate, winning the first-ever Floyd M. Riddick Award as the Best Senator. This was the first year that a singular award was given to one best senator.  He was tremendously active, articulate, and passionate. Bianca Tabaku won recognition for her excellent performance as the Minority Party Whip, and James Soler and William Robertson won honorable mentions for Best Senator.

Political Science Professor Alan Beck, the group’s faculty advisor, brought SF’s first group to the Model Senate in about 2009 (he’s lost count) and has brought students every year since. He got a major assist in preparation (as usual) from professors Dustin Fridkin and David Price. A special thanks to SF alumnus and parliamentary procedure expert Alex Hamilton, who once again selflessly came to lead two of the preparation meetings, including running a mock committee meeting that really helped the students to familiarize themselves with how committees work.  He contributed significantly to our students’ success.