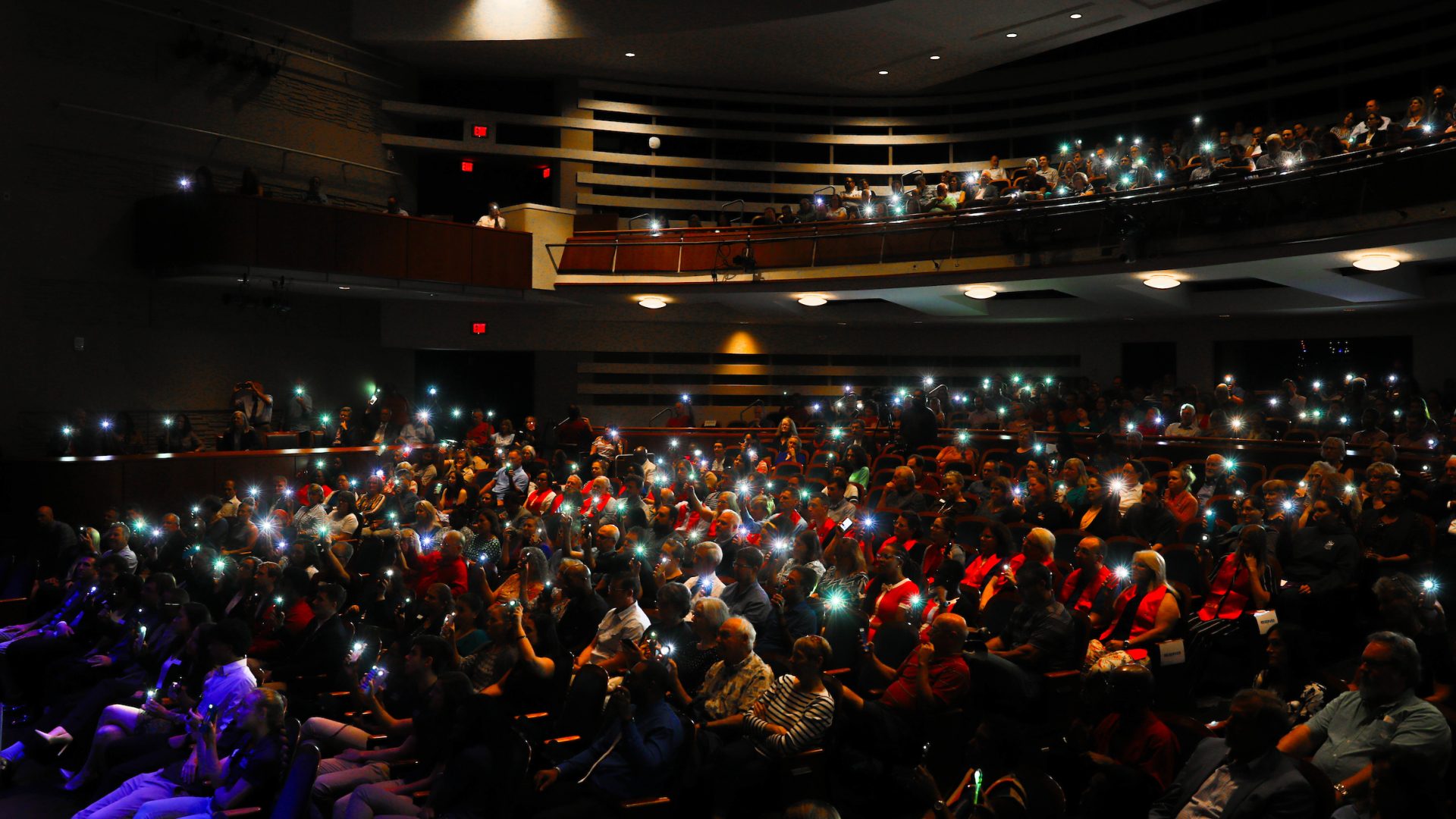 September 29, 2022 – After a career that has spanned more than 30 years Terry Klenk, Professor of Theatre and Humanities at SF, bids farewell October 13-15.

Tickets are $15 for adults; $9 for seniors, students, military service members and children 12 and under; and free for SF students, faculty and staff with college ID cards. Tickets are available from the Fine Arts Hall box office at 352-395-4181 or online from Showpass.

Frayn, who is a playwright, novelist and translator, is best known for his plays “Noises Off,” “Copenhagen” and “Democracy.” His work has been compared to that of Anton Chekhov for its focus on humorous family situations and its insights into society.

“This one-act play is an amusing satire about a play’s director and an audience watching a play, where some of the director’s choices go well and others don’t,” explained SF Theatre Professor Terry Klenk. “It’s performed in the style of a British comedy and has been described as the story of ‘a playwright in agony over crinkling candy wrappers, talking out loud, and an inattention to her play.’”

“Audience” is the last play that Klenk will direct before he retires in December after 31 years of service to the college. “There was no theatre curriculum or consistent production schedule when I began teaching here in 1991,” Klenk remembered. “Those of us in the Theatre program built the curriculum from the ground up and watched the buildings where Theatre Santa Fe performs rise from the ground up, too.”

“I chose ‘Audience’ as my final play to direct as an homage to the theatre and my work here as a director,” Klenk continued. Many of the plays he has directed over the years have demonstrated how theatre can serve as social commentary or critique, but Klenk said, “With all we’ve been through recently, and thinking about trying to get back to normalcy, I chose to go out with a laugh!”

“Audience” is sponsored by the Santa Fe College Fine Arts and Entertainment Technology Department. For more information about tickets, call the SF Box Office at 352-395-4181.