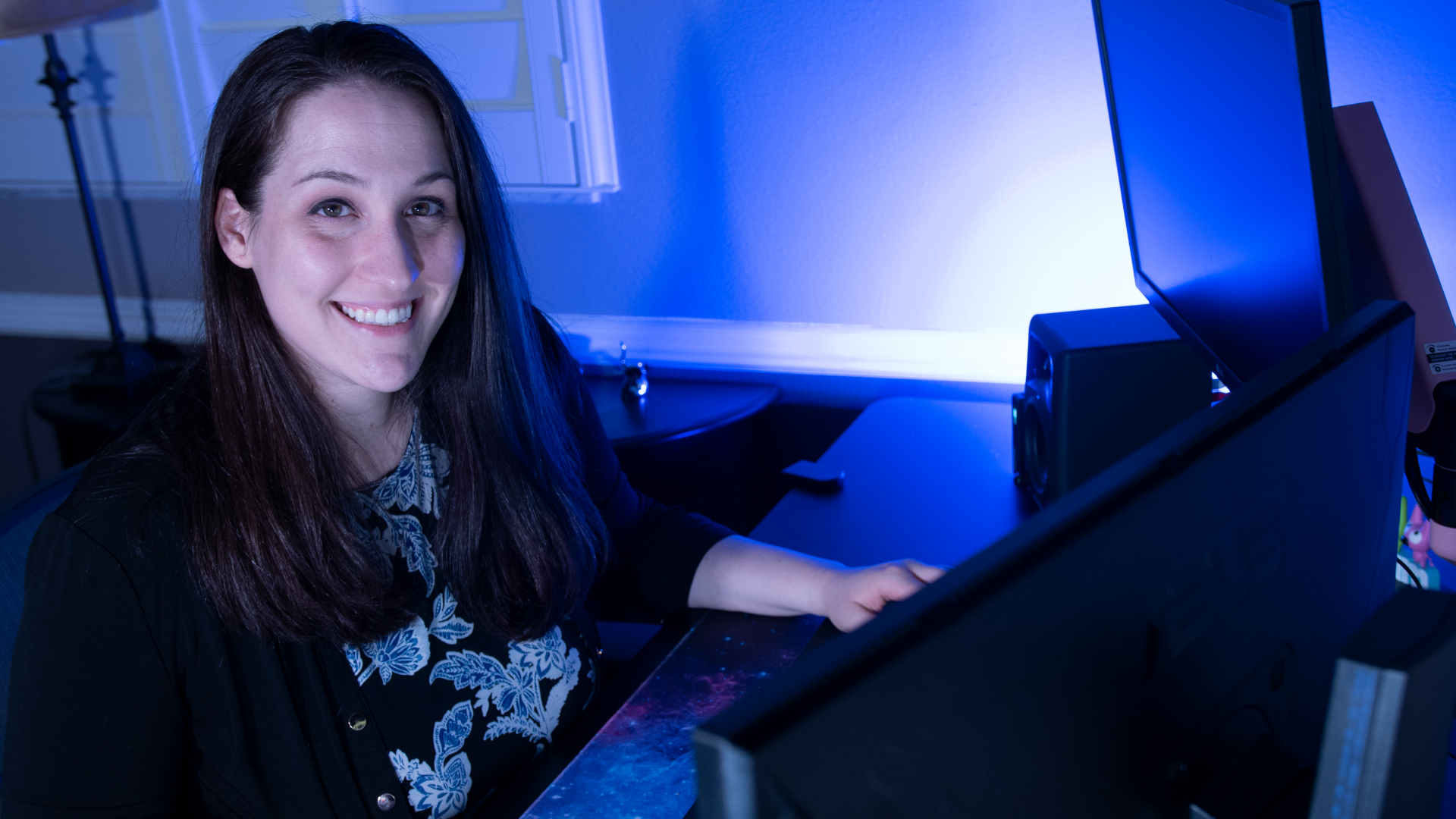 “I moved to Los Angeles a year after graduating because I really wanted to work in film and TV. I had worked commercially and educationally at UF and in Tampa but had a sole interest in narrative storytelling that I wanted to experience on a grandiose level (compared to self-made YouTube-style content).

I first started working as a background extra on tv shows as it was easy to get into (you get hired just for showing up). Being an extra didn’t make much money but it helped me get the feel for bigger productions and meet like-minded actors. Being mainly an editor, I hustled to find editing jobs on Craigslist and struggled with the gig life (where you’d work a few weeks to a few months on a contract).

In February 2020, I finally acquired a full-time position as an assistant editor working near Beverly Hills. Within a month, the office became considerably empty as most of the staff started working from home due to COVID. I kept working in-office on a skeleton crew supporting editors through hard-drive transfers and fulfilling various post-production duties. I often had a revolving side editing gig with other groups when I was not at my full-time job to combat the high cost of living in California. After 8 months, I was fortunately asked by a network colleague if I was interested in working for Disney as a work-from-home assistant editor. I accepted and worked with their content-marketing team for a year and a half – during which time I transitioned from LA to my hometown in Florida to spend more time with family.

Since then, I have been immensely blessed to work with a production company out of LA that gives me the ability to connect remotely to work. Here in Tampa, I currently assist in editing an immensely popular animated series while still being near my family. Astonishingly, I am living the dream, and had it not been for Santa Fe College I would not have the necessary foundation needed to do the work I do now.

Santa Fe was a godsend. I didn’t have a clear path ahead before SF. Now, I am on track to work in Hollywood for the rest of my life. The professors that led my graduating class are fantastic and really want their students to succeed. Santa Fe provided the tools I needed to learn properly and staff has a level of professionalism and passion for their craft that is unsurmisable to anything I could get at a bigger state college.

With the skills I’ve acquired, my goal is to create and collaborate in making high-quality films and television series that have a positive impact on their audiences. I hope to contribute the same quality of work (if not improved) to shows that give viewers the comfort that motion pictures gave me growing up.

I hope to lead my own series someday. As an action/comedy/fantasy/romance nerd I am doing my best, for now, to gain enough experience to know the ins and outs of what’s required to create a successful franchise. In the meantime, while working full-time as an employee, I will continue self-teaching any other skills that I am not on track to receive via Hollywood.”