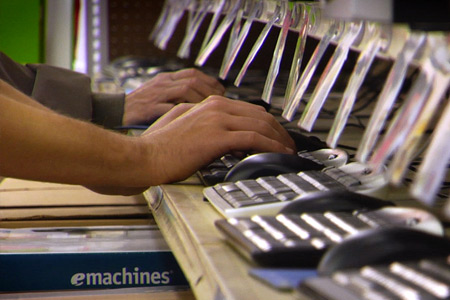 Terra Blight Premiers at the Hippodrome May 8

New interim coordinator of the Digital Media Technology program, Eric Flagg, will locally premier his production company’s latest documentary film Terra Blight at the Hippodrome Tuesday, May 8 at 7  and 8:30 p.m.

Terra Blight is a 55-minute documentary exploring America’s consumption of computers and the hazardous waste created in pursuit of the latest technology. The film traces the life cycle of computers from creation to disposal and juxtaposes the disparate worlds that have computers as their center.

The screening is sponsored by the County Environmental Protection Department, the UF Office of Sustainability, Water & Air Research and two individual-private sponsors. The screening is being held as a fundraiser for Florida’s Eden and Primavera.