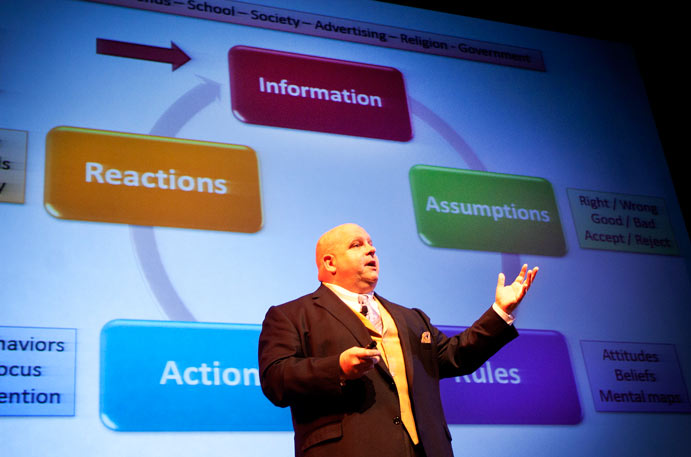 At the Santa Fe Motivational Rally Thursday, John Spence — who attributes much of his early success to what he learned while at Santa Fe — empowered and encouraged students to reach their very highest potential.

Spence has earned a reputation as a leading authority in the areas of strategic thinking, high-performance teams and advanced leadership development, making him one of the most highly sought after executive educators and professional speakers in America.

At the motivational rally, Spence relayed the story of being refused admission to the University of Florida. Spence said, he was told that Santa Fe College could help him.

Spence went on to tell how be became a successful student and shared with the audience the importance of having written goals to achieve your dreams.

After graduating form Santa Fe in 1987, Spence went on to graduate from UF as the top Public Relations Student in the Southeast and number three in the United States – according to Public Relations Student Society of America (PRSSA). He was named Executive Director (CEO) of The Billfish Foundation in 1991 at the age of 26 and worked directly for Winthrop P. Rockefeller III.