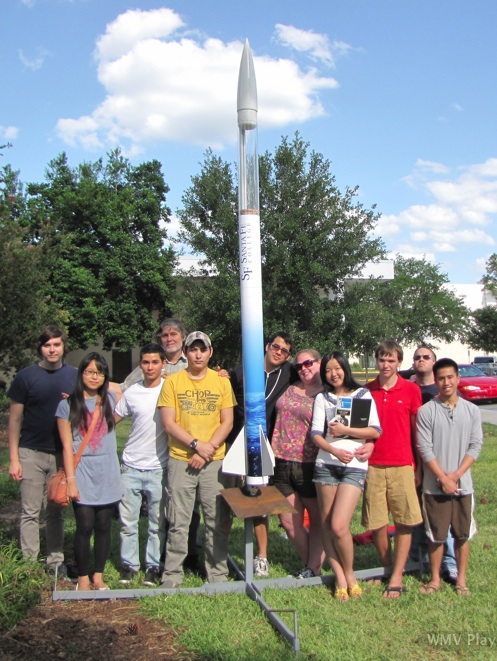 Up, Up and Away: Santa Fe Rocket Team Soars

On Tuesday, June 19, the Santa Fe College Engineering Club gave a presentation in the Lawrence W. Tyree Library on their participation in NASA’s University Student Launch Initiative (USLI). In the competition, Santa Fe placed 16th out of 41 schools that competed. Most of the teams were from universities. During the presentation, Christopher Beck, Vice President of the Engineering Club, described the eight month process that brought the team to their success in Huntsville, Alabama.

Along the way the team experienced some set-backs. View the videos of their launches, from early less successful attempts to their final achievement in Huntsville.For those who missed the presentation, a video and photos can be found on the library’s event page.

It looked like a scene out of the movie “October Sky.”

But after eight months of setbacks, failures, and sleepless nights…a group of Santa Fe College engineering students finally got to witness their dreams blast off.