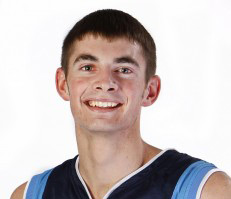 Gainesville, FL – Santa Fe sophomore guard Bobby Hunter followed up his 31 point performance Thursday night with a 25 point outing on Friday against Rise Academy in the final game of the SF Tip-off Classic to lead the Saints to an 88-53 victory. Freshman Chad Milliken nailed five three pointers in the winning effort, finishing with 17 points.

“This was a good way to finish the opening weekend,” said SF Coach Chris Mowry. “Our guys played hard and did a nice job pulling away in the second half.”

Santa Fe (2-0) poured it on in the second half, pulling away at the ten minute mark and outscored Rise 40-17 the rest of the way.

“This is certainly a team that is going to continue to get better on a game by game basis,” said Mowry. “Having such a young team, they are still getting used to everything. We have a week of practice to work through some things before we play a very good Tallahassee team next Friday.”

The Eagles of Tallahassee CC come to Gainesville on Friday, November 9 for a game scheduled for 6:00 PM.