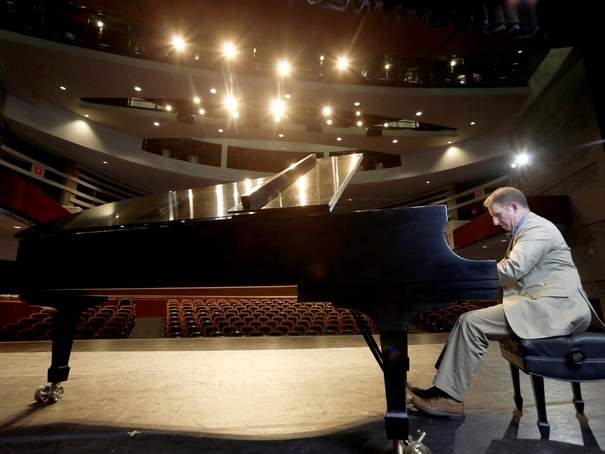 On a winter day in 2010, pianist Evans Haile stroked his fingers against six sets of keys at the Steinway & Sons store in New York City.

The musical director and conductor of the Gainesville Chamber Orchestra spent the day feeling out pianos with the lightest keys, the heaviest keys. Santa Fe College President Jackson Sasser and Provost Ed Bonahue stood alongside him, waiting to see which model would eventually rest on the Fine Arts Hall stage at Santa Fe.

“It’s like you’re doing a speed date,” Haile says of trying each piano. “You’re trying to find a connection.”

Haile found a match in the black 9-foot Steinway concert grand piano that will make its debut Friday in a concert billed as Evans Haile at the Piano.