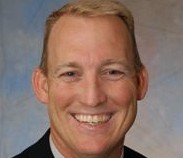 Gainesville, FL – The Saints took two games from the South Florida State College Panthers on Saturday afternoon and in doing so, Johnny Wiggs won his 200th game as head coach at Santa Fe.  He now has 399 in his career.  He previously coached for eight seasons at Polk State College where he accumulated 199 wins.

The FCSAA #5 Saints (6-0) managed only seven hits in the two games combined but they capitalized on Panther walks and errors to score 16 runs in 14 innings.  They won game one 6-2 and game two 10-0.

SF fell behind 2-0 early in the first game of a double header but five runs in the fifth inning, highlighted by an RBI triple from outfielder Andrew Fears, were enough for starter JT Simpson.  Simpson pitched six innings and surrendered two runs on six hits with three strikeouts.  Derek Vail finished the game off with a scoreless seventh.

Game two was all Santa Fe as they scored early and often to finish off the two game sweep.  A seven run sixth inning put the game out of reach.  Outfielder Casey Scoggins paced the frame with a two RBI double.

Kevin Martin started on the hill and held SFSC to just one hit and struck out seven in five innings of work.  Josh Stewart and Jose Batatino each pitched a scoreless inning of relief.

The undefeated Saints return home for a game against Pasco-Hernando CC on Monday, February 4 at 3:00 PM.