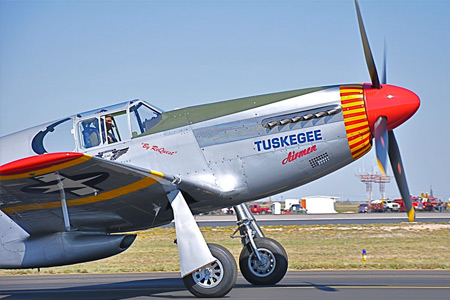 Mr. Stephen Lawrence, a former crew chief mechanic for the Tuskegee airmen, will speak from 11 a.m. – noon Wednesday, Feb. 20 in S-29/30. He will discuss his experiences during World War II with the famed group of African American aviators as well as his 91-year life.

Lawrence was born in Philadelphia, Pa. in 1921. A welder by trade, he worked in shipyards until drafted into the army in 1943. He served in the military through 1947, experiencing racism and segregation both within the United States armed forces and outside in southern society. Upon return to civilian life, he continued to encounter racial prejudice. In 2007, Lawrence and the estimated 1,000 Tuskegee airmen were honored by President George W. Bush for their service, dedication, endurance and courage.

Lawrence has lived in Gainesville since 1975, is a former pastor and speaks about his experiences at local schools, churches and veterans groups.

This talk is sponsored by the Department of Humanities and Foreign Languages and The Honors Program at Santa Fe College and is in support of Student Life Programming’s celebration of Black History Month.

For more information, please contact Bobby Hom at 352-395-4141 or bobby.hom@sfcollege.edu.