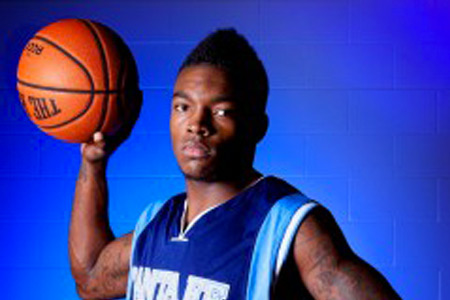 “We are thrilled for Bobby to be recognized as a 1st Team All-American,” said SF coach Chris Mowry.  “He put together one of the best seasons in the history of Santa Fe men’s basketball.  We are fortunate that he chose Santa Fe as the place to springboard him to NCAA I basketball, after being a 1st Team All-American last year at the NAIA level.  It will be fun to follow his success over the next two years at Illinois State, where he has committed to play, and will sign April 17th.”

Hunter finished second in the nation in scoring, putting up 25.2 points per game in 32 games played.  He played at an even higher level when facing the eventual National Champions College of Central Florida, scoring 37, 30 and 28 points in the team’s three meetings.  See Hunter’s full stats here.

Along with his All-American honors, Hunter was named the Mid-Florida Conference Player of the Year, 1st Team All-FCSAA and 1st Team All-MFC, making him one of the most highly decorated men’s basketball players in Santa Fe history.