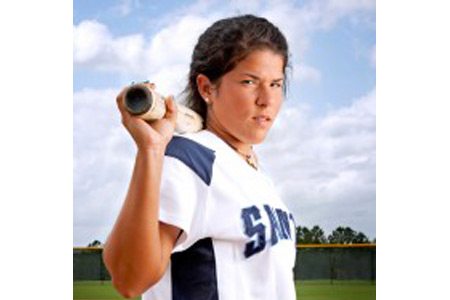 Pensacola, FL – The Santa Fe Saints (41-16) dominated the Atlantic District Championship game from the outset, cruising past College of Central Florida 9-3.  Karla Claudio once again paced the offense, belting two homeruns into a stiff wind and Geena Capitini drilled a two run shot in the sixth to put the exclamation point on the victory.

With the win, the Saints clinched a spot in the NJCAA Tournament in St. George, Utah.

Amber Maxey started in the circle and tossed all seven innings, holding the powerful Patriots to just three runs and five hits.

“I could not have asked for more from our players,” said SF Coach Chris Ahern.  “They left everything on the field and I am so proud of what they’ve done and who they are.”

Santa Fe hammered three homeruns in the game and now have nine in the tournament.  Claudio’s two give her 15 for the season and Capitini now has four.

The Saints had 14 hits in the contest.  Claudio was 2-for-5 with five RBI, Capitini was 3-for-4 with three RBI and a homer, and Rachel Hoeft, Galis Lozada, Megan McDonald and Celeste Bradshaw had two hits apiece.

The championship game can be seen live on www.psblive.com.