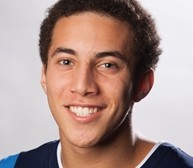 Gainesville, FL – Santa Fe guard Shea Jones picked up where he left off in December, scoring a career high 19 points to lead the Saints past the Titans of St. Petersburg College 76-66.  Jones bested his previous high of 17 points from a win in Santa Fe’s last game on December 18 against Hillsborough CC.

“I thought we did a really nice job in the first half playing defense,” said SF Coach Chris Mowry.  “It was nice to see us play so well over that first 20 minutes after such a long layoff.”

St. Pete made things interesting in the second half, cutting the lead to as few as six on several occasions, but each time the Saints answered.  Down the stretch SF made their free throws to ice the game and claim their first victory of 2014.

SF outrebounded the Titans 44-34 and outpaced them at the free throw line with 29 makes to just 11 for SPC.

The Saints travel to Bradenton on Saturday, January 11 to take on the State College of Florida at 4:00 PM.