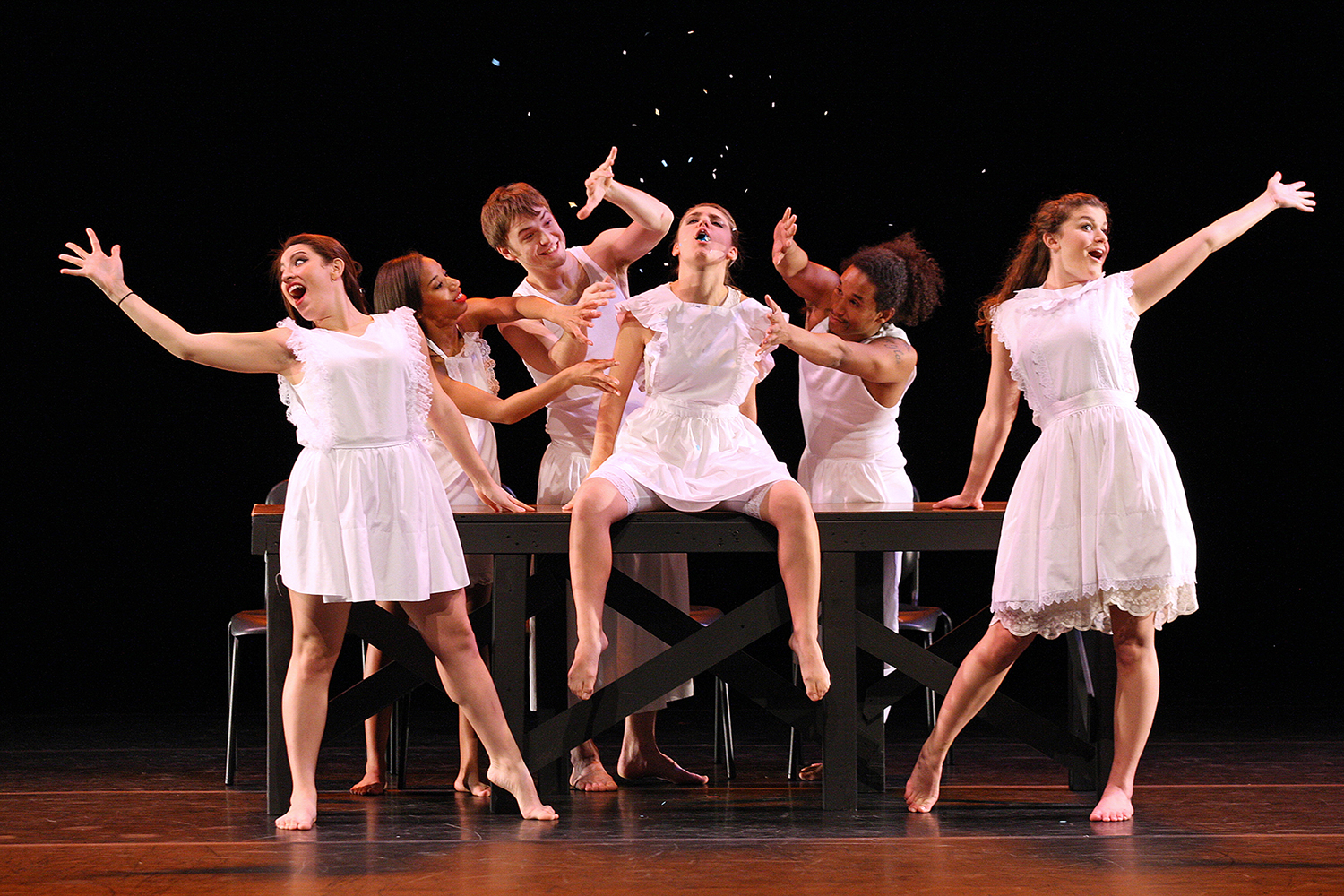 Tickets are:  $15 orchestra; $12 balcony; $9 for University of Florida students, seniors, and children 12 and under; and free to Santa Fe College students and employees. For ticket information, call the Box Office at 352-395-4181 or visit the Fine Arts ticket website at:

“We chose ‘Scrapbook in Motion’ as our theme because we wanted to celebrate by revisiting our first 25 years,” said DTSF Director Tari Kendall. “The program is a retrospective of pieces we’ve performed before—modern dances, theatrical dances and contemporary ballets. The hip-hop dance is the only new piece on the program.”

“From the start, the mission of Dance Theatre of Santa Fe has been to include as many dancers as possible,” Kendall explained. “Dance is a community art and we didn’t want to exclude anyone because of body type or any other criterion. We’ve included not only ballet and modern dance in our repertoire, but also dance styles from Africa and other places throughout the world. We’ve worked with whatever budget we had and whatever venue has been available, from the old Building E Auditorium here on campus to the Phillips Center for the Performing Arts and now, our own Fine Arts Hall. And we’ve always kept a strong focus on entertainment.”

“At the same time,” Kendall continued, “we’ve always treated our performances as professional productions. We want the dance students who leave Santa Fe to have the training and work ethic to be successful in dance companies or upper division schools.”

For the two nights of DTSF performances, the lobby of the Fine Arts Hall will be transformed into a virtual scrapbook of the group’s past 25 years. Posters of past performances will be on view and the group hopes to have a video compilation of DTSF alumni dancing to Pharrell Williams’s hit, “Happy.” Dancers will join audience members in the lobby after each performance to celebrate.

A list of guest choreographers for Dance Theatre of Santa Fe from the past 25 years is included below.

“We have a lovely group of about 50 dancers, some of whom are new to dance but who were willing to commit to rehearsing and participating at the level we require,” Kendall said. “There’s a positive, symbiotic feeling among all the dancers and all the stars are lining up for this production!”

The program includes the following dances. Dates in parentheses indicate the year the dance was first performed by Dance Theatre of Santa Fe.