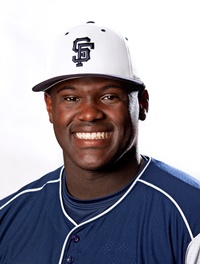 Gainesville, FL – For the second game in a row the St. John’s River State College Vikings controlled the game on both ends against Santa Fe College, defeating the Saints in Palatka, 12-2.  SF will have another shot at the Vikings on Saturday, April 5 at 1:00 PM in Gainesville as the two teams wrap up a three game series.

SJRSC got on the board first, plating two runs in the bottom of the first on a two run homerun.  Jonathan Camp got the Saints on the board in the top of the second with a homerun to cut the deficit to 2-1.

In the fifth, Chipper Andzel drove in Payson Smith to make it a 4-2 game.  The Vikings opened up their lead from there, scoring four in the seventh and four more in the eighth to force a mercy rule.

Brady Roberson finished the game 2-for-4 and Jonathan Camp was 2-for-4 with a homerun.