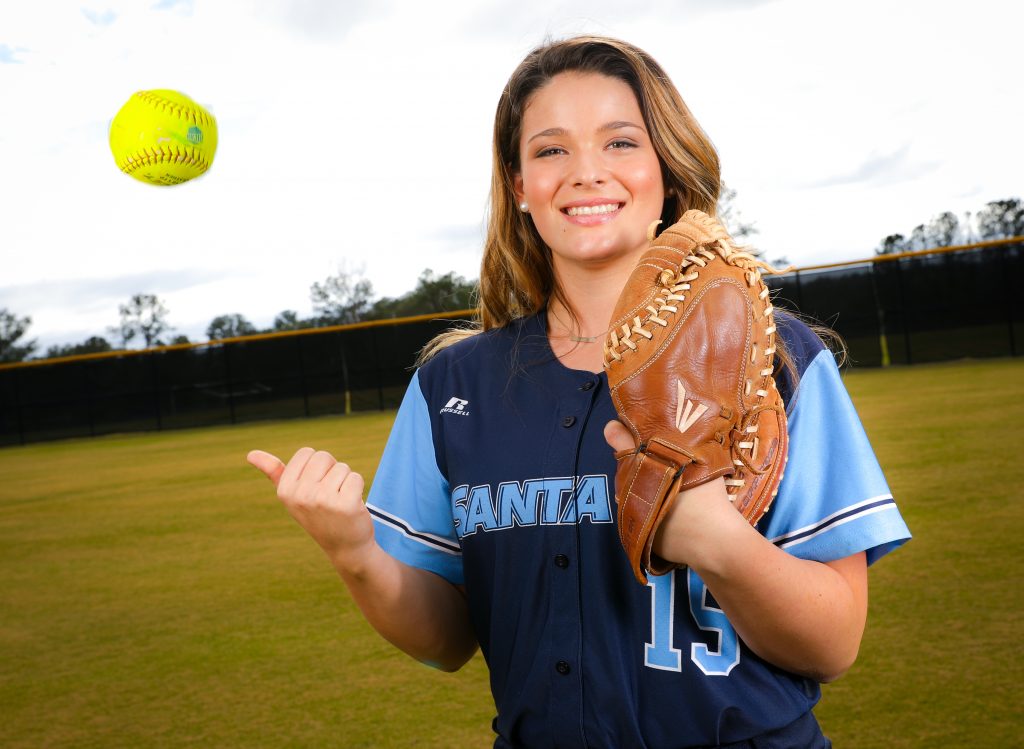 SF earned a split, thanks in part to Emily Yakel who drove in three runs on three hits, including the eventual game winner in the 11th.

HCC led early after a first inning run but the Saints tied it up in the fourth with a run of their own. SF (8-3) grabbed their first lead of the game in the sixth and the Hawks immediately answered, tying the game in the bottom of the sixth.

It wasn’t until the 10th that either team scored again. In the top of the inning, Kaitlyn Bennett singled home Shelby West to give Santa Fe a 3-2 lead. HCC answered, scoring a run in the bottom of the 10th tie the game again.

Emily Yakel broke the tie in the top of the 11th with a two RBI single to make the score 5-3. The Hawks managed a run in the bottom half of the inning, but couldn’t get the second run they needed to keep the game going.

Jamie Adams was a stalwart in the circle, pitching all 11 innings, scattering 11 hits, allowing two earned runs for the win. Yakel finished 3-for-5 with two doubles and three RBI.

The Saints are back at home Saturday for a doubleheader with State College of Florida at 1 p.m.