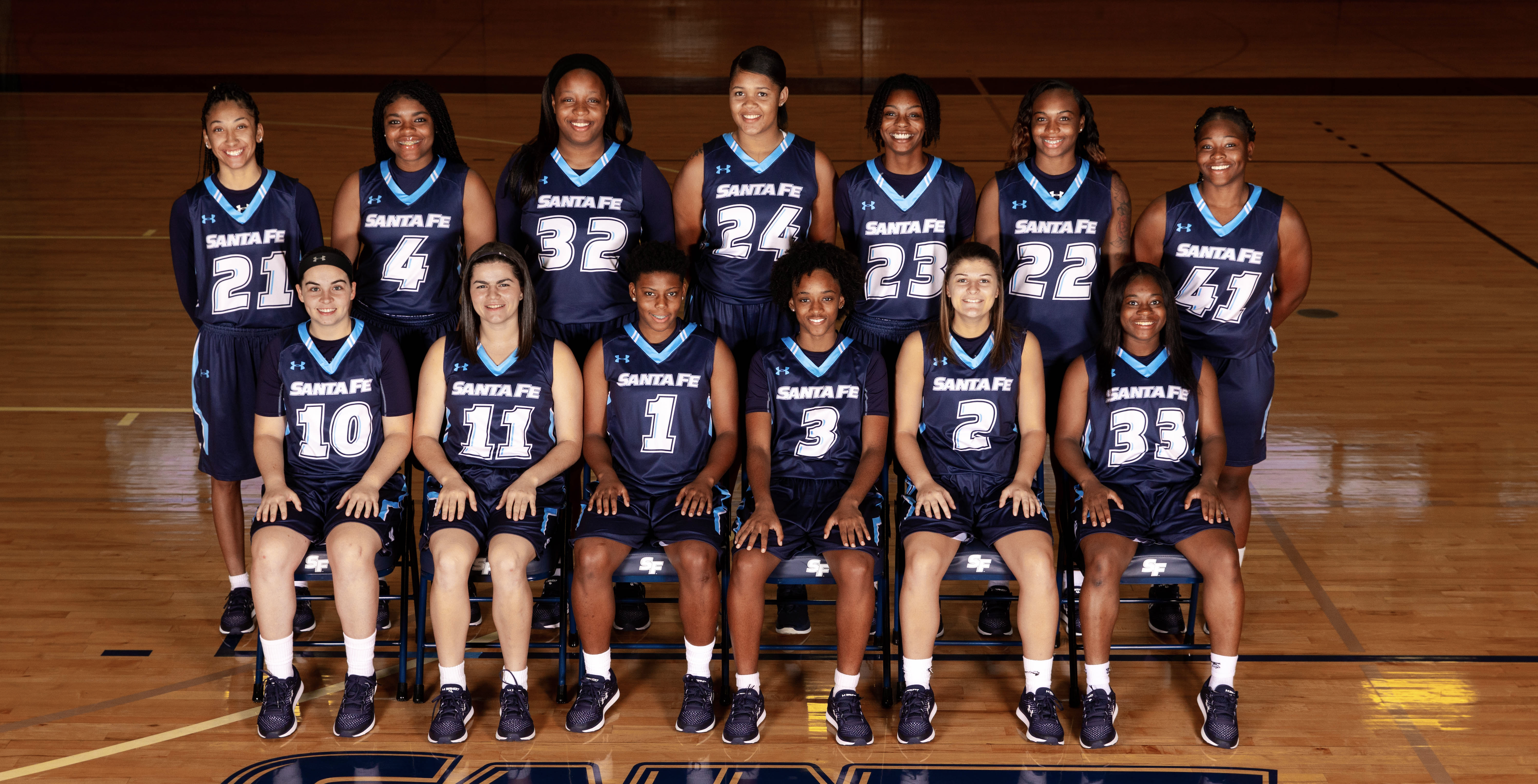 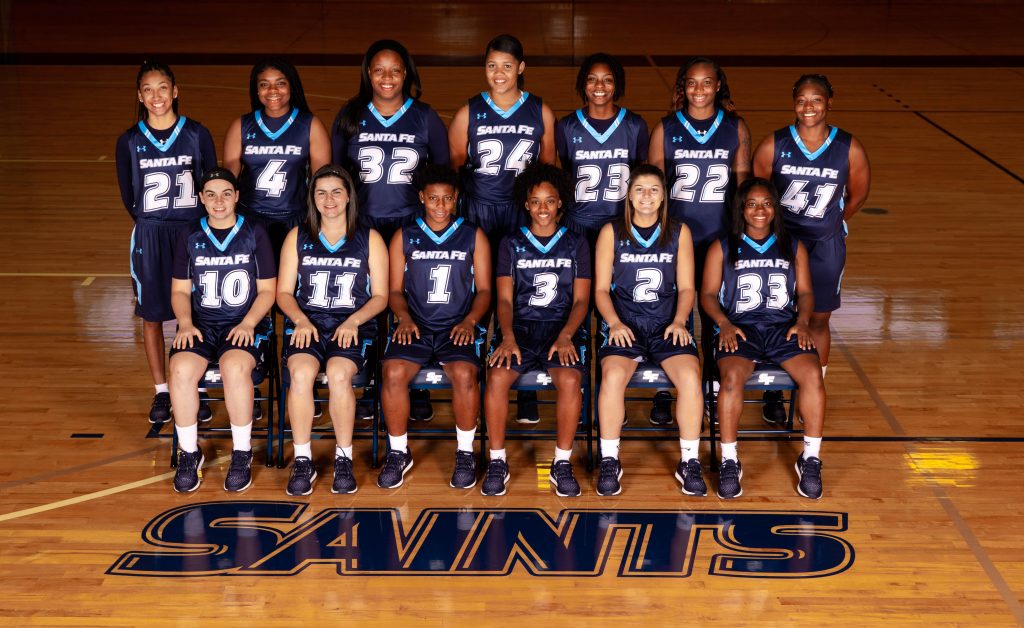 February 21, 2019 – The Mid-Florida Conference Champion Santa Fe Saints women’s basketball team made 52 percent of their 3-point shots to win their regular season finale 92-69 over the College of Central Florida in Ocala Wednesday night.

Stephanie Jackson led four Saints in double figures with 17 points while Janasia Law and Julie Fournier scored 15 apiece and Rhea Smith 12. Law was 5-of-7 beyond the arc while Fournier was 5-of-9, Jackson 4-of-9 and Smith 2-of-2.

“I’m very proud of unselfishness today,” said SF head coach Chanda Stebbins. “We got some good looks at the basket and knocked them down.”

The Saints came out of the locker room shooting the ball well, tallying 28 points in the first quarter and 20 more in the second. The Patriots kept it close, however, with SF holding a 48-41 lead at the half.

“I think we need to do a better job of committing to defense,” said Stebbins. “We also have to play thru contact better and not look for fouls. We got outrebounded in the first half so I’m happy we were able to do a better job the second half.”

The Saints have won nine straight and are presently ranked No. 6 in the National Junior College Athletic Association Region VIII coaches’ poll.

The Saints (19-7, 9-1 MFC) will have some time off to prepare for the FCSAA/NJCAA Region VIII State Tournament held at CF in Ocala March 6-9.