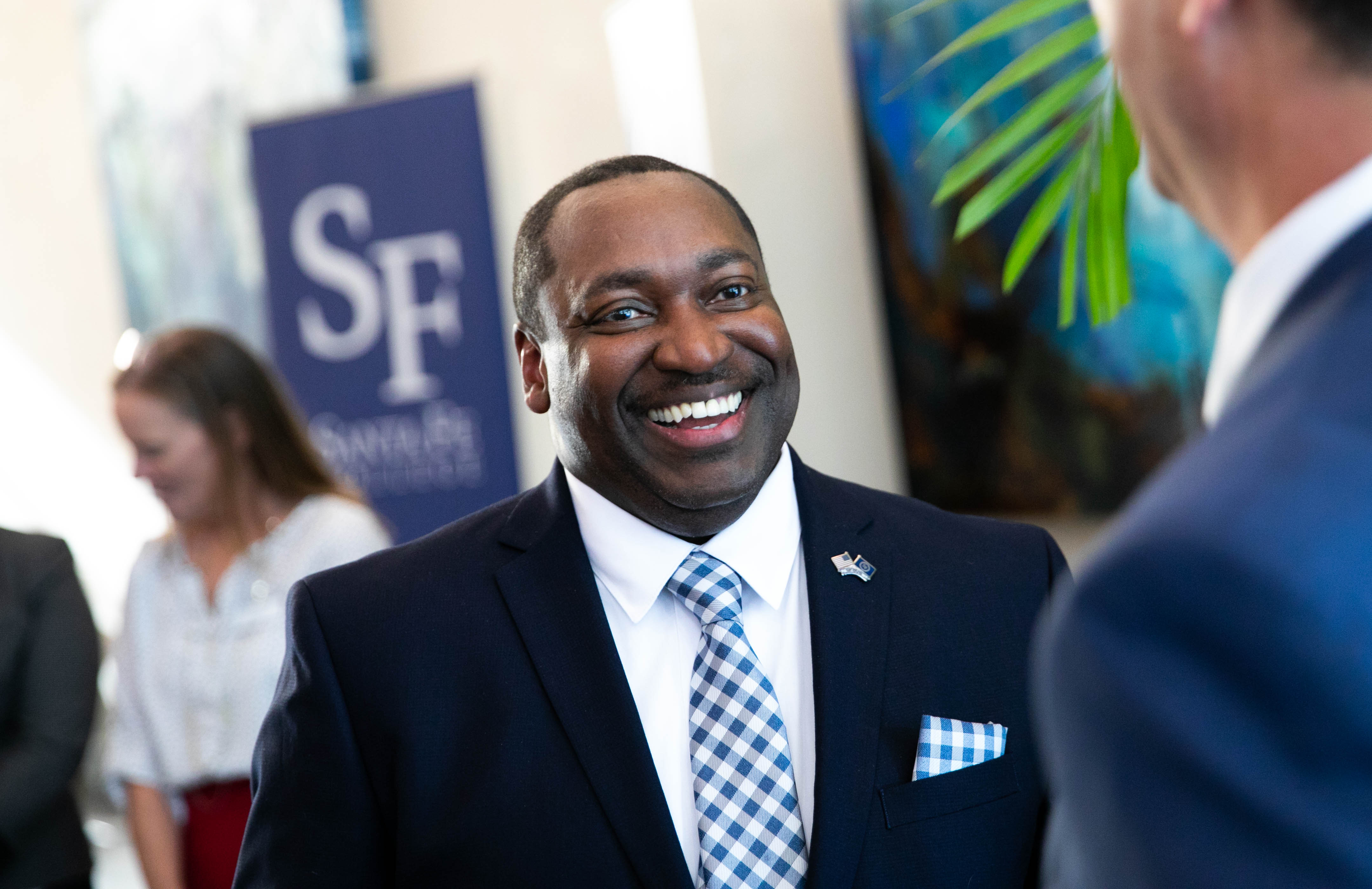 October 4, 2019 – The Santa Fe College District Board of Trustees unanimously endorsed Dr. Paul Broadie as the new SF President at a meeting on October 3, 2019.  Dr. Broadie, who currently serves as President at both Gateway Community College and Housatonic Community College in Connecticut, becomes the fifth President in the College’s 54-year history.

The announcement comes after Dr. Broadie participated as a finalist in a rigorous two-day series of forums and events with students, faculty, staff, SF Foundation Board members, and the surrounding community, as well as a formal interview process with the Board of Trustees.

“The Search Committee sent the Board of Trustees two superior candidates in higher education,” SF President Jackson Sasser said. “I know the college and communities we serve join me in congratulating Dr. Paul Broadie II as the fifth president.”

According to Chair Blake Fletcher, “The Board of Trustees wants to thank the Search Committee, faculty, staff, students, and the community members who participated in the search process. We are fortunate to have had a robust pool of candidates and two exceptional finalists.  We are excited to welcome Dr. Broadie to the Santa Fe College family.”

The process of selecting the new President began in January when current President Dr. Jackson Sasser announced at spring convocation his intention to retire effective February 1, 2020.  Soon after, the College hired consultants from AGB Search to begin the process of finding elite candidates to apply for the position.  The Presidential Search Committee, comprised of 18 members including Trustees, a student, SF faculty and staff, Foundation Board members, and members of the community, narrowed the list from 61 initial applicants to 6 semifinalists who were interviewed by the Committee in early September.  Two finalists, including Dr. Broadie, were brought back to the College for additional interviews and forums at the end of September and into early October.

“I am honored to be selected as the next president of Santa Fe College and build on the success and legacy of Dr. Sasser,” Dr. Broadie said upon his being named the new president. “Santa Fe College has had a profound impact on the lives of students and the community served. I look forward to working in unison with the District Board of Trustees, faculty, staff, students and community as together we continue to have a profound impact and change lives.”

Dr. Broadie will transition into the position soon to be vacated by Dr. Sasser, who has spent 18 years guiding SF to become a nationally recognized institution.