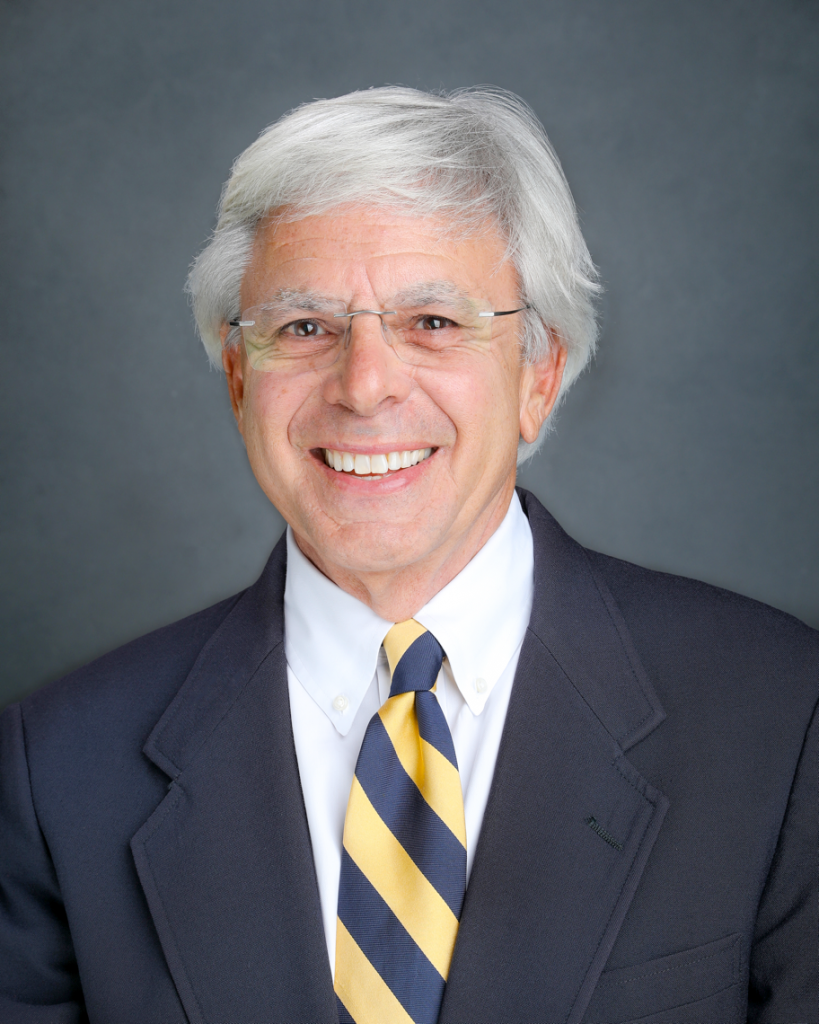 November 6, 2019 – Santa Fe College invites the staff, students and community to a special reception honoring outgoing president, Jackson N. Sasser, Friday, Dec. 6, from 3:30 – 5:30 p.m. in Building R, Room 001 on the Northwest Campus. In January 2019, Dr. Sasser announced that he would be retiring Feb. 1, 2020, after serving the college for 17 years. His hallmark collaboration with trustees, colleagues, students and community leaders led to the college being named by the Aspen Institute the No. 1 community college in the country during 2015-16. SF currently maintains the No. 1 student performance standing of the Florida College System. Also, of the 28 Florida colleges, SF has the highest number of Bright Futures scholars attending.

President Sasser’s highest commitment during his tenure has been to identify inequities in Alachua County and Bradford County and institute programs that address these disparities. Examples include the East Gainesville Instruction, Bradford County Initiative and My Brother’s Keeper programs, all of which are active in building equity. His aspiration continues to be that every SF student has an international experience. He believes in an expansive understanding of different cultures, religions and geographies for every student and everyone associated with the college. The U.S. State Department continues to request that SF lead in spreading democracy in Ukraine and other countries that love freedom. The college has hosted five Fulbright Scholars-in-Residence from four countries: Brazil, China, Indonesia (twice) and Ukraine. Three SF professionals have served in the Fulbright program.

During his tenure, three new college locations were added and three others were significantly expanded to embolden the college’s commitment to student access. One of the new SF centers included a biotechnology institute. A LEEDS-certified construction institute was added in which each year, students and members of the community build a Habitat house. SF was the first public entity to access the electric “Feed-in Tariff Electric Grid,” which is an example of the college’s commitment to environmental sustainability. President Sasser has always said that “the college must live what it teaches.” The Institute for Public Safety was greatly enhanced in 2016 to become a state-of-the-art facility, providing a realistic, scenario-based training setting for law enforcement and emergency medical students. SF was also successful in getting RTS bus transportation for students and employees through the legislature giving students and staff easier access to a college education and employment. 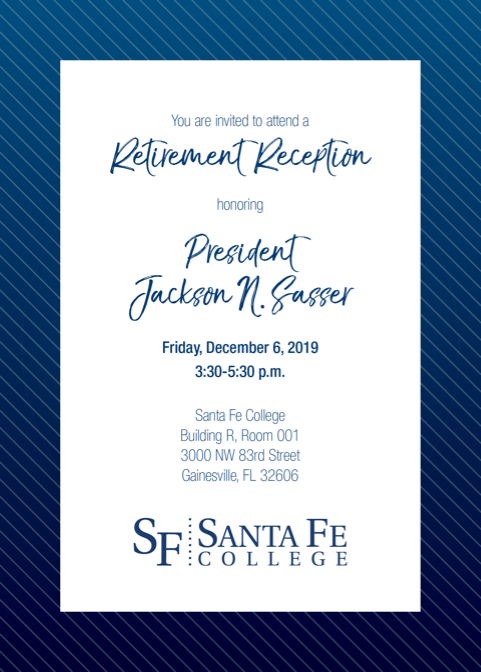 The college has experienced an increase in student enrollment during his presidency. With support from the SF’s best partner, The University of Florida, SF began offering bachelor’s degrees. Working with SF’s best partner, employees at SF can not only take courses tuition-free at the college, but also can earn their bachelor’s, master’s, or doctorate at UF with tuition waivers. The creation of the Fine Arts Hall, and the college being named an All-Steinway college, are among the outstanding additions in Dr. Sasser’s 17 years as president. Following the completion of the new Blount Campus in downtown Gainesville, President Sasser envisions a new home on the Northwest Campus for athletic programs to include health-related academic programs and health and wellness programs for all students and employees, and this landmark concept and facility accentuates his support for student-athletes.

President Sasser has an abiding belief that many institutions can do good work but few are known for excellence. His aspiration and expectation for the college remains that student success always be her guiding light. Lastly, he acknowledges and appreciates current SF employees, former SF employees and Presidents Joe Fordyce, Alan Robertson, and Larry Tyree. He is particularly grateful for Dr. Tyree initiating and practicing shared governance. In addition, UF Presidents Chuck Young, Bernie Machen, and Kent Fuchs are appreciated for their friendship and commitment to building a meaningful partnership with Santa Fe College.