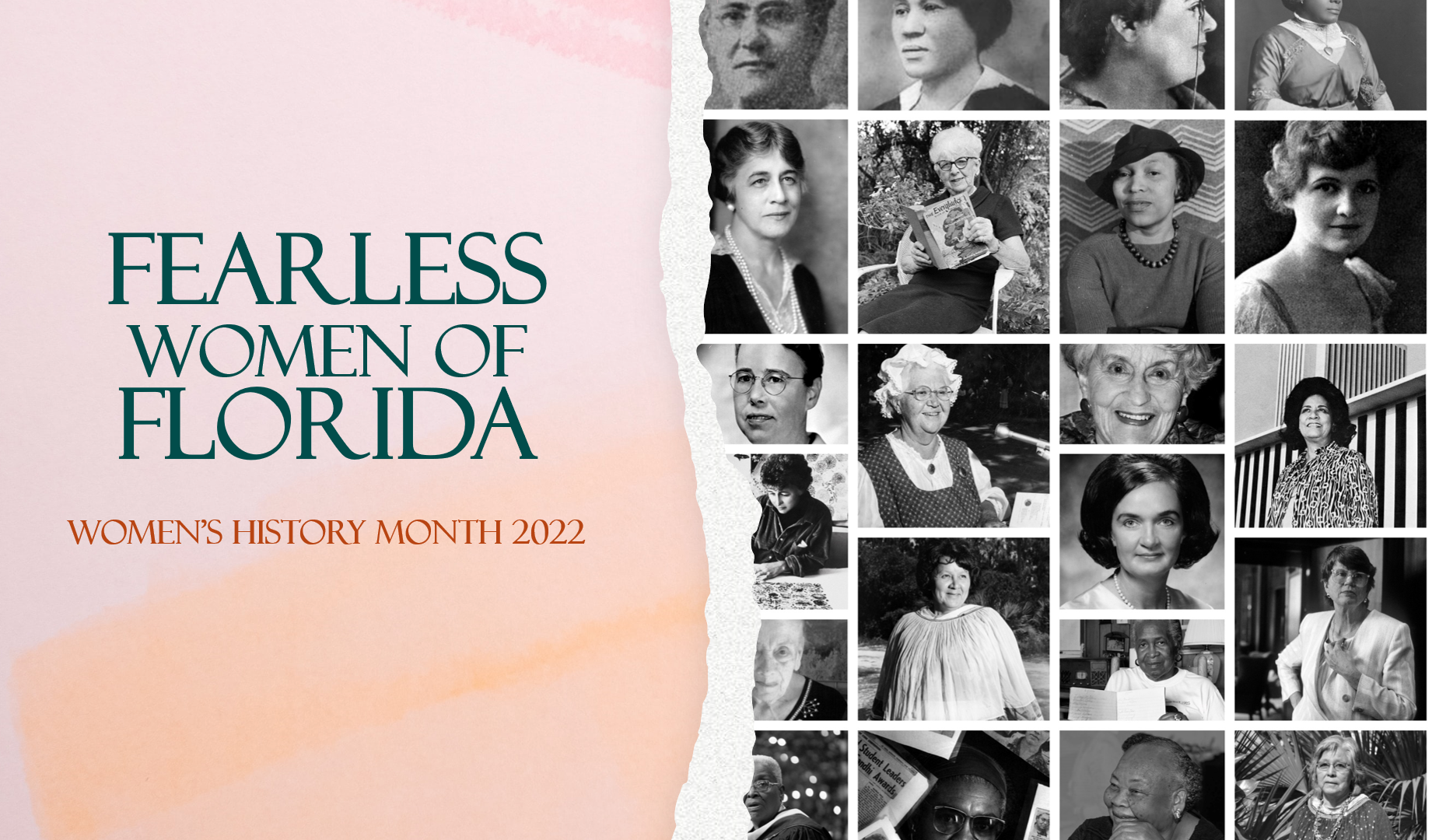 Every March, Student Life celebrates Women’s History Month with a calendar of events and activities. This year, we’re highlighting women from around the state who dedicated their lives to fighting for a brighter future for Floridians! Learn their stories and take our quiz to receive a limited-edition Women’s History Month mug. You must get answer all questions correctly and be a currently enrolled SF student to win a mug.

Check out Student Life’s Women’s History Month calendar to find out what is happening this month!

“Mrs. Abbott brought her magnetism and enthusiasm with her as she made Bunnell her home in November 1913. Once she arrived in what she described as ‘the garden spot of the state’; she never stopped.”

“Millie Gildersleeve’s legacy reflects the important contributions that nurse-midwives made to women’s reproductive health throughout the State of Florida.”

“This marker is dedicated to the memory of Clara C. Frye, who committed her life to providing medical care to Tampa’s Black citizens. We hope that this recognition will inspire others to give to their community.”

“Next to God we are indebted to women, first for life itself, and then for making it worth living.”

“There is really no reason for a prejudice against women in politics, nor do I think it is particularly widespread. A congress composed of men and women would be the ideal arrangement, for on certain issues, the viewpoint of a woman is important.”

“Perhaps even in this last hour, in a new relation of usefulness and beauty, the vast, magnificent, subtle and unique region of the Everglades may not be utterly lost.”

“Sometimes, I feel discriminated against, but it does not make me angry. It merely astonishes me. How can any deny themselves the pleasure of my company? It’s beyond me.”

“As long as I feel sure that what we’re doing is worthwhile I am ready to work without stint.”

“Our books are not here to gather dust on the shelves; library service is not denied to anyone in Florida if the service is within the limits of our budget.”

“Florida is as rich in its cultural heritages as it is in sun, beaches and play.“

“I also believe that Floridians care about their environment. If they are educated about its perils, if they are never lied to, they will become stewards of the wild places that are left.”

“I think these are two groups that have been left out of the mainstream for a long time. You know, you can’t just stand aside and criticize. I think this is where the answer is going to be. Women and Blacks have to get more political power to make meaningful changes.”

“Her unique gift, colleagues said, was her ability to unite advocates from diverse groups so that they did not appear to be warring over the same small financial pie.”

“[My] fabulous success…would not have been possible without Suzie’s whimsical and magical creations. I simply could not have done it without [Zuzek].”

“I am deeply grateful for the education I have received, and I want sincerely to use it in the interest of my people.”

“We have the vote, but we’re still only half free. Men make the policies and decide what candidates we must choose between. We must elect women to more major offices. We must have women in policy-making positions.”

“For 58 years, I have never missed an election. Every time I vote, I say to my great-grandmother, who was not able to vote, ‘Grandma Juliann, this is for you.’”

“There are so many wonderful women working for change. When I can be associated with them, I think, ‘I see people with my ideas. I talk to people who want to go my way. I know that we can make a difference.’”

“Mom started ringing the bells, making the noise and banging on the pots and pans until people started paying attention. What she has done has impacted countless people.”

“I want students to be introduced to a real Seminole and learn a little more about the Tribe through me. We are not fiction; we are real and we’re out there. I hope by me talking to them, they can put a face to the Seminole name.””

“Every time I go out for an oral argument I realize, ‘Maybe I shouldn’t ask too many questions.’ And yet it is in my nature to be a questioner. I question a lot, even in my personal life. That’s just who I am.”

“I worked harder and had to be smarter. I had to be tough and not take ‘no’ for an answer.”

“Everything I did at Michigan and then at UCLA was because there was a student at the center of my focus who needed help in some way. And if there was one student, there were many. And so that became my guiding philosophy..”

“I don’t find the topic of apology nearly as important as forgiveness, acceptance and joy. Life is what we make it. And Largo did not take anything away that I need back.”