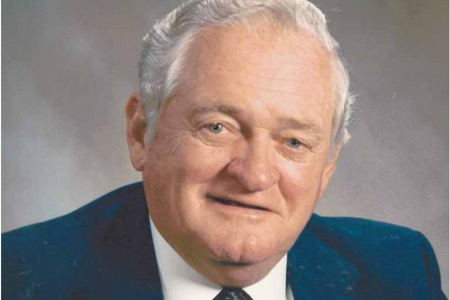 “A Celebration of Life” Honored the Late Charles Blount Santa Fe College hosted “A Celebration of Life” in Honor of  Charles Blount Saturday in the FIne Arts Hall.

Under Blount’s leadership, one of the most ambitious charitable projects ever in Alachua County resulted in the development and renovation of an old railroad depot into the Santa Fe College Blount Center, named in his honor. Several thousand students have directly benefitted as a result of his leadership and generosity and thousands more will benefit each year in perpetuity. Blount also established a perpetual endowment fund to provide for the maintenance of the Blount Center. He served on the board of the Santa Fe College Endowment Corporation for 30 years and as its elected president for three years.

Charles Blount was a successful businessman and real estate developer. He was a major partner in the development of Haile Plantation and the Haile Plantation Golf and Country Club. Charley was also, for more than twenty years, a successful rancher in Southwest Missouri successfully running a sizable beef and turkey production farm and growing crops, such as corn, soybeans, hay and wheat.

In lieu of flowers, contributions may be made to the Charles L. Blount Scholarship Fund at Santa Fe College.