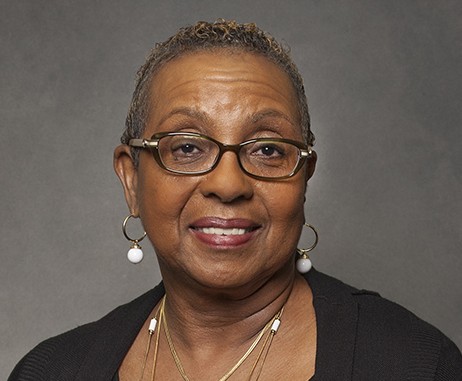 From the tiny Florida Panhandle town of Wewahitchka to a Ph.D. and a career in education, the journey of Dr. Bessie G. Jackson has been marked by a drive to succeed that led to being named a Santa Fe College Woman of Distinction in 2015.

“I came from humble beginnings,” Jackson said, “but I never let obstacles get in my way. I went around them or through them.”

Jackson credits her parents for motivating her. “I had parents who instilled in us that education was very important,” she remembered. “That drive was instilled very early. Competitiveness in grade school and high school was big, too—if you made an 88 on a test, I could make a 90. If you made a 90, I could make a 95. I still have an inner drive; my friends say I’m never content. Once I reach a milestone, I want to reach another, especially if there are opportunities that inspire me to strive and do better.”

An Honor graduate of Gainesville’s Lincoln High School in 1965—four years before area schools were integrated—Jackson went on to earn a bachelor’s degree and advanced degrees from Florida A&M University, Florida State University, and Nova University. She began her career as a Librarian/Media Specialist at Newberry Elementary School in 1974 and retired in 2011 as Assistant Principal for Administration at Gainesville High School. Along the way, she worked at the Gainesville Public Library, Mebane Middle School, Spring Hill Middle School and Santa Fe High School, where she formed the Pre-Collegiate Society.

Jackson served three terms on the SF College District Board of Trustees and has been involved in the Gainesville Woman’s Club, United Way of Alachua County, Neighborhood Advisory Board to the Gainesville City Commission and Johnson Chapel Missionary Baptist Church. “I’m a people person,” Jackson said. “I’ve always sought opportunities to help, to be among people and to try to make a difference.”

Jackson said she is honored to receive the Woman of Distinction award. “I will be sitting among some ladies in this community who have been pioneers and pathfinders and who used those roles to help others move forward,” she said.

Asked about who inspires her, Jackson answered, “My children! My son and daughter always tell me, ‘Yeah, mom, go for it!’ They are achievers too; they say, ‘If mama can do it, we can do it too.’ My son is a baker with two master’s degrees and is studying for a doctorate in theology.”

Jackson draws from her experience to offer advice to young women who want to make a positive difference in their communities. “You have to step out there,” she said. “Prepare yourself, step out, and never shun responsibility. Continue your education and you will be around people who inspire you and you can then inspire others.”