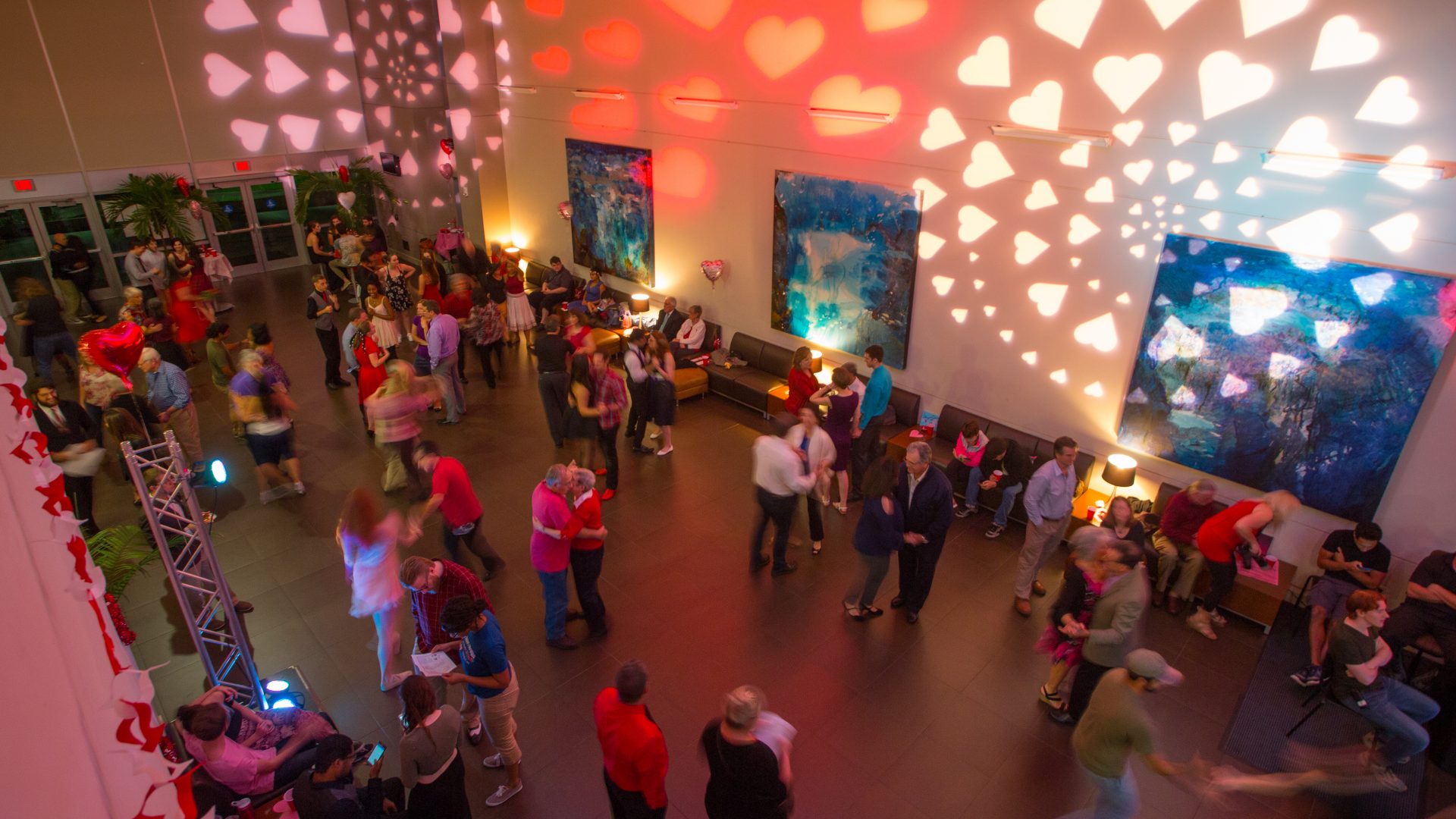 January 25, 2023 – Everyone is invited to celebrate the joy of love and friendship at the annual Valentine’s Swing Dance on Friday, Feb. 10, 2023. A swing dance lesson will be offered from 6:30 to 7:30 p.m. Bands will play live music from 7:30 to 9 p.m. The event will be held in the lobby of the Jackson N. Sasser Fine Arts Hall at the Northwest Campus of Santa Fe College (SF), 3000 NW 83 Street, Gainesville. Light refreshments will be provided.

Tickets are $10 per person and are available from the Fine Arts Hall Box Office at 352-395-4181 or online at showpass.com/valentines-swing-dance/.

Created by African Americans, swing dance is a partner form that evolved multi-racially along with the popularity of swing jazz in the 1920s and 1930s. The students in the SF bands will play a selection of swing tunes and will be joined by singers from Music Professor Lynn Sandefur’s vocal studio on two of the musical selections.

“I look forward to this event every year when we try to re-create the environment of swing music’s heyday,” said Associate Professor of Music and Band Director David L. Smith, who will conduct the band. “Back then, jazz was the most popular form of music; it was played in ballrooms and hotels for entertainment and dancing. Our musicians are excited and ready to start the semester, and the Valentine’s Dance is a great showcase for their first performance of the new year.”

Smith explained that the event is not just for sweethearts but also for friends and groups of friends. “We want everyone to come dance and have fun!” he exclaimed.

The music will include new arrangements of some swing standards, including Duke Ellington’s “C Jam Blues,”; Benny Goodman’s signature piece, “Sing, Sing, Sing,”; “It Don’t Mean a Thing (If It Ain’t Got That Swing),” also by Ellington; and of course, “My Funny Valentine.”

Edward Kennedy “Duke” Ellington (1899-1974) was an American composer, pianist and leader of a jazz orchestra from 1923 until his death. Benny Goodman (1909-1986) was an American jazz clarinetist and bandleader known as the “King of Swing.” “My Funny Valentine” is a jazz standard from the 1937 Richard Rodgers and Lorenz Hart musical, “Babes in Arms,” that became the signature song of American jazz trumpeter and vocalist Chet Baker. Other bandleaders who helped to make swing popular include Glenn Miller, Count Basie and Les Brown.

The Valentine’s Swing Dance is organized and sponsored by the Santa Fe College Fine Arts and Entertainment Technology Department.